SatNOGS has made its museum debut at the Chabot Space and Science Center in Oakland, California (USA). This is a part of their new exhibit, “Going The Distance: Our Reach Into Space”

I was there last week and took a few pictures. @morgan gets all of the credit for designing and building this exhibit. I think it gives us a lot of ideas to build off of in our educational dashboard thread. 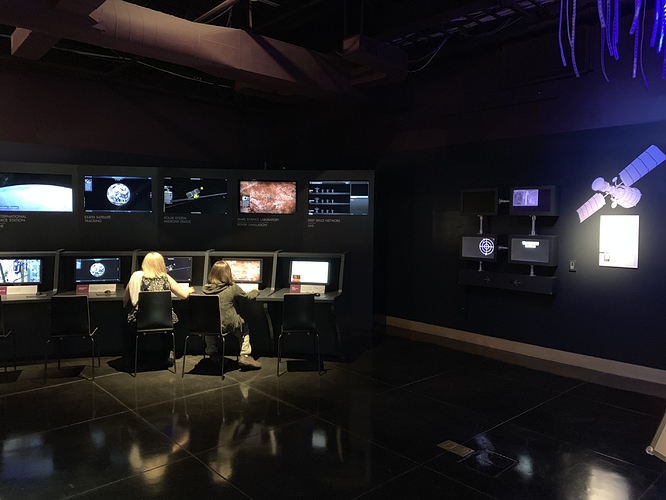 Their mission control exhibit, with SatNOGS on the wall to the right. 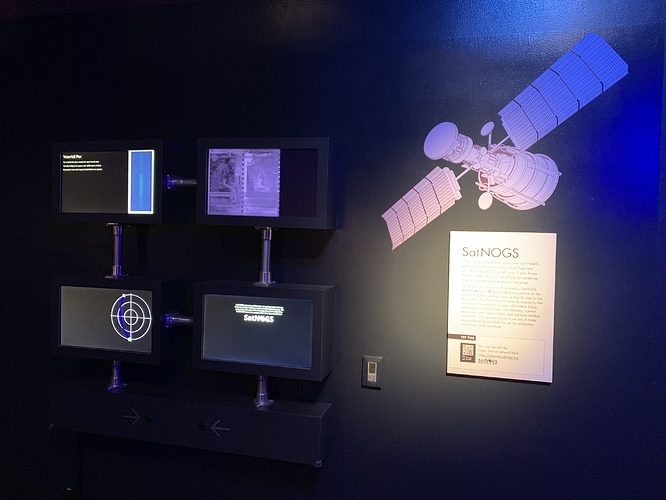 Displays are animated showing the building of a waterfall, decoding of a NOAA image, and overhead satellite position. This animation gets replayed over and over. 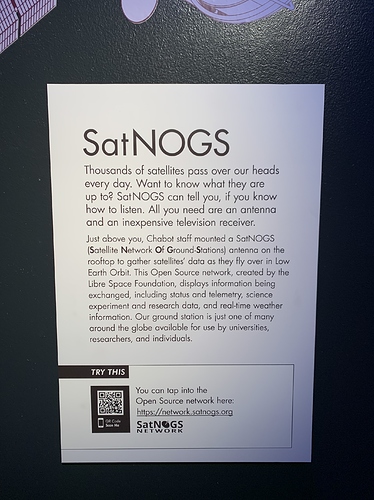 @fredy you remember the animation you did showing all observations globally over a period of time? One of the ideas we discussed adding to this exhibit would be an animation of the last 24 hours of observations for the station. How hard would it be to dynamically create such animations and have them show up on a station page?

This is the vis I was referring to:

It is nice to see station coverage based on demoded data but it is better to see what network can track through time. Starting on 27th August 2017 from observation 14410 network was able to demod data. Almost 1 year demoded data day by day with different colored trails which show the satellite height: The video was created with the help of kepler.gl. You can perform your experiments by downloading this json file (link to external file hosting service) and go to kepler.gl demo and load the dow…

@morgan Congratulation for the exhibit and thanks for presenting SatNOGS!

@cshields I have some ideas about that… however didn’t have much time to analyze or try them. My main idea is to convert some queries in mysql to views and expose those data through the api. The same data could be used to create some graphs to station page.

Not sure if I can try anything until the end of October due to other priorities, however If anyone wants to experiment with data from the network, feel free to ask me for them. I can fairly easily generate a csv with these data, which someone would gather them through multiple api calls.