It’s a Pity. Thank you for the information. Yes, I receive signal and decode pictures from Lucky-7.
Regards.

Nah honestly I wish we also had Lucky-7 in NA! On RamSat and most other amateur satellites, if a jpeg packet is missed most of the image is corrupt. However, Lucky-7 seems to be quite resistant to the problem. I can’t receive this so I don’t know.

In my transmitters suspended under a stratospheric balloon, I used the DSSTV format with reed-salomon correction. Several times loss of signal did not cause distortion or even loss of picture.

That’s really cool! Do you mind I DM you? I have some questions about the DSSTV mode used.

@tomasz thanks for the question. Our NOAA imaging license only permits us to send imaging commands from our primary and secondary ground stations in east Tennessee, USA. Stations in eastern North America receive lots of downlinked image packets but stations elsewhere will only receive beacon packets. As @jupitersaturn09 rightly points out we use jpeg format for the images (to limit size) and it typically takes two or more passes to receive a full set of packets for any given image. RamSat tends to tumble, and some dropped packets are probably due to the antennas passing through unfavorable orientations during a single pass. This is our first mission, and we’re glad to get feedback from the amazing SatNOGS community on what we could do differently next time (ever the optimist!) to give everyone a better experience.

I regret that I can not receive images from ramsat satellite in Europe. My DSSTV transmitter is based on a raspberry pi 0, The camera takes images in the stratosphere to jpg format. Over this is superimposed telemetry information from sensors connected to the rpi. This image is then subjected to additional processing adding redundant reed-salomon information. And transmitted using the SA828 module or rpitx software directly from the GPIO pin on the raspberry. Receiving and decoding is done in the publicly available easypal software. In the news - I recently built a DVB-S digital TV transmitter, which transmitted from a height of 32km video in full HD resolution 1920x1080. 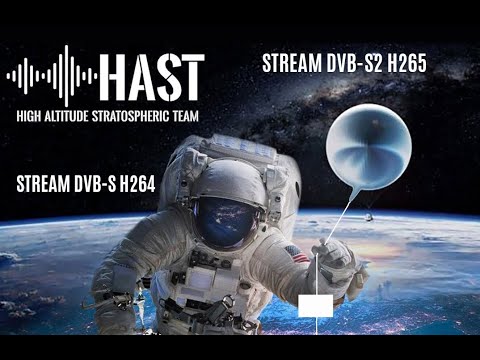 Cool! What hardware/amplifiers did you use to transmit?

@pethornton I was wondering are you aware of the next downlink session on RamSat? I would assume these are happening pretty often nowadays with the altitude so low.

@jupitersaturn09 I will ask our main ground station operator about the schedule, and post some updates here. It is often a safe bet that there will be downlink action if there is a pass that is better than 30 degrees as viewed from Oak Ridge, TN, and if the pass is in the local time window of about 8am - midnight. But I’ll try to get you some better details.

For the transmission of DVB-S and DVB-S2 I used limesdr mini, and then transmitdirectly from the pin gpio raspberry, To this was connected preamp SPF, and then amplifier of about 1 W dedicated to the 70cm band - from China…

For video encoding I used a hardware encoder H265, which helped a lot to narrow the bandwidth and thus increase the transmission range.

@jupitersaturn09, and any others interested in monitoring a RamSat image downlink session: There is a nearly-overhead pass this Thursday, 22 Sept, at 19:27 UTC, and there is a good chance we will be working it.

@pethornton Your satellite was spotted over Canada! 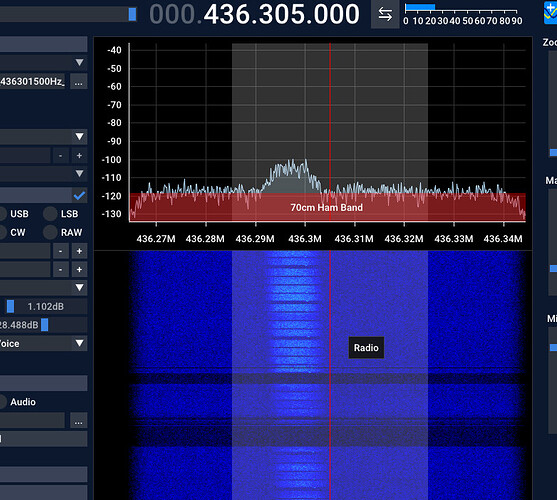 @jupitersaturn09 I’m glad you were able to receive from RamSat! This was an active session for image data downlink. Can you give more detail on the issues you were seeing? It may help us to better understand performance. Thanks!

One thing that I saw is as the satellite was approaching your horizon and rising on mine it sent out three “lonely” packets. This happened about 30 seconds after the image dump ended. This can’t be the telemetry since the beacon period is much longer. Direwolf does not decode for me (despite 40dB SNR and on a test file with theoretical infinite SNR packets, so I must have configured something wrong), so I am unable to confirm the content of these packets. I can send my baseband if needed. 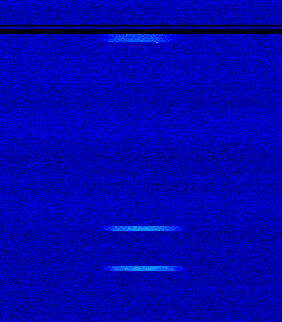 Other than that there was a “pulse-like fading” effect, which only happened for a bit and then stopped. I was not moving the antenna during these sessions.

I could not resist posting a Tweet about how easy the RamSat team makes this look. Congrats to all involved!

Thanks @K4KDR ! Was doing a little troubleshooting on our school ground station tonight, and thought I would try to get a night-lights picture over the NYC region. It would be cool if we captured Fiona! Maybe some lightning? Our challenge now is downlinking new images, with only a few weeks left and elevation dropping fast. We appreciate your support very much

I think you were seeing a few “single-packet” commands after the big image dump. If we need to fill in one or a few packets, we can command for just a single numbered packet or a packet range to donwlink from a given image. If you check out the satnogs db page you should be able to see other observations that caught these same packets, and look at the decoded data. The pulse-like fading is probably due to the satellite tumbling. Thanks for listening in on RamSat!