RamSat has just a few weeks left, and we’re continuing to downlink images, taking a few new pictures, and working on repairing jpegs with missing packets. That last part involves a lot of trial and error, but we’re starting to get the knack of it. Here are a few new pictures… 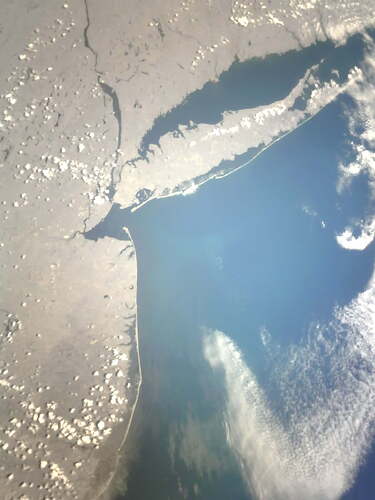 CMD2_3811200×1600 92.5 KB
This is a recent favorite, showing all of Long Island with a near-nadir viewing angle, sparse clouds, and good color in the ocean. This is with the visible+NIR camera.

The next two show the results of recent image patching efforts, first the corupt file, then the patched version: 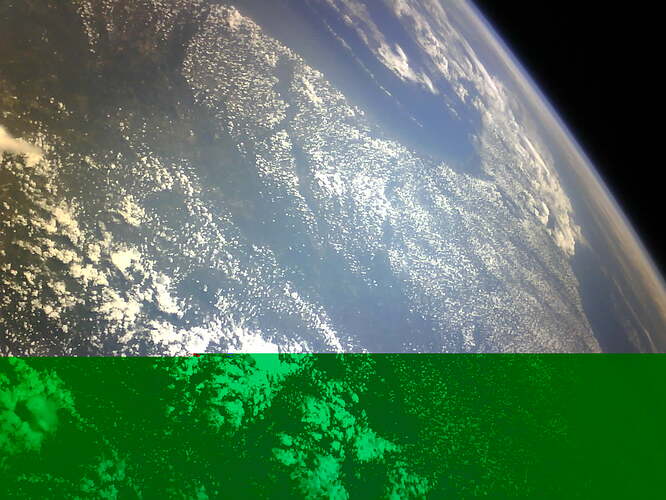 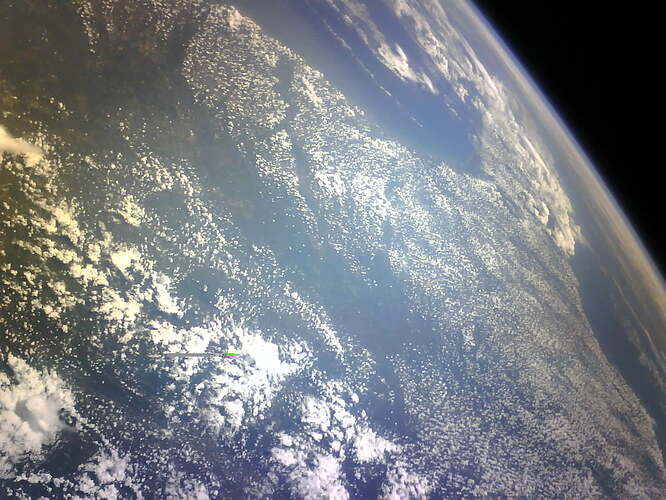 CMD1_364-patched1600×1200 218 KB
If you look closely at the patched file you can see the artifact from a single missing packet (120 bytes) after repairs. This image is looking down the Florida peninsula, and is taken with the visible+NIR camera. In a previous post I showed the visible-only view from this same capture.
5 Likes
jupitersaturn09 September 24, 2022, 6:41pm #124

Cool images! Just wondering, what sort of 9600baud packet demodulator do you use? I’m having trouble with direwolf. Also, what software are you using for mission control? Do you have any screenshots? Also, a night-lights NYC picture would be really, really great!

Direwolf works well for the 9k6 from RamSat; please be sure that your SDR software is outputting audio bandwidth of at least 15 Khz (such as the ‘17 kHz’ setting in GQRX): 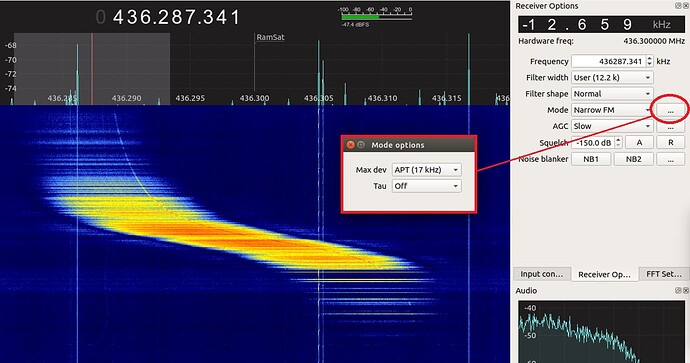 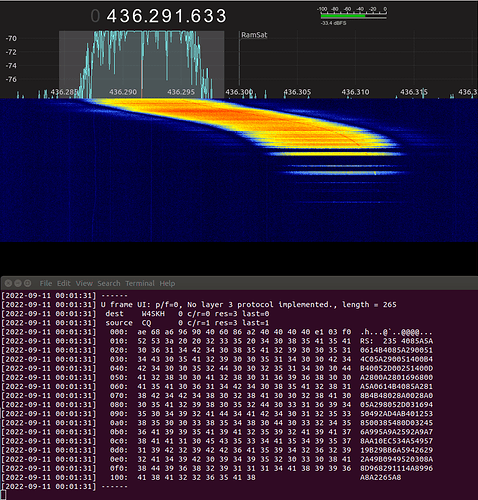 Thank you for your help @K4KDR!! Unfortunately, I made sure that the bandwidth is over 15KHz… here is my direwolf output when running:

And then nothing happens. 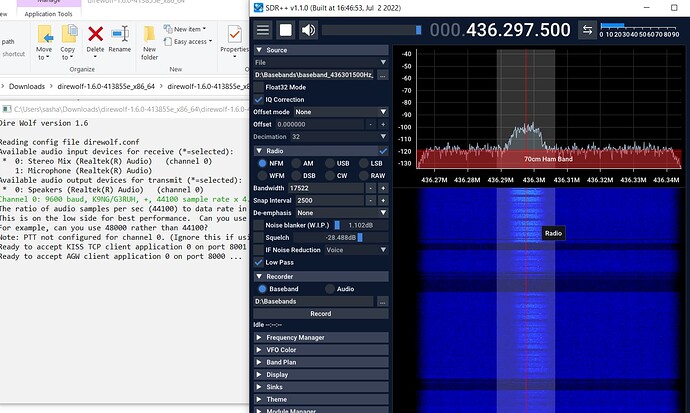 Here is my config:

I am running the x86 version. I would appreciate it if you could shed any light on this mystery, as the direwolf support group I go to turned me down and said I’m just doing something wrong.

Our school-based ground station is a Kenwood-TS2000 UHF/VHF transceiver, with Kantronics KPC-9612Plus TNC handling the 9k6 packets. The mission control software is a custom windows application written by @goethert, one of our project mentors. In addition to command and control, that software also manages image assembly once all image data packets have been downlinked. Here is a screenshot of the ground station software. 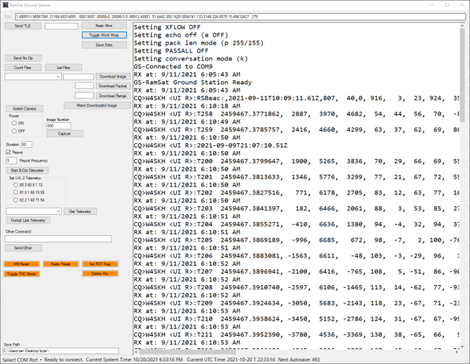 You may wish to use the following in your .CONF file for Direwolf:

… and also, I can’t tell but verify that the output from your SDR software is also at a sample rate of 48000.

It’s also EXTREMELY helpful to use a virtual audio device to connect SDR software & other apps such as Direwolf. On windows, I’ve had good luck with

@K4KDR Again thank you very much for your help!

My config is now:

I’m going to try to reinstall direwolf, if not, I’ll try SoundModem. If not, I’ll try to get gqrx (which appears to be the software you’re running). EDIT: Haha gqrx doesn’t run on windows

But are you using the virtual audio cable? You should feed the demodulated audio from SDR to this cable and connect to it with direwolf, otherwise you just feeding it to the headphones and no signal is getting to direwolf.

As intermediate test, you can use for example Audacity, and it should be able to record the audio from SDR, using virtual audio cable output. You should see there the packets. Playing then the recording into VAC, properly set direwolf should decode them again.

Thank you for your help @ok2pnq and @K4KDR !!! I got it working now with SoundModem and virtual audio cable!!! Thank you!

@pethornton I noticed the last few packets were

However, no image dump was received after that, and according to gpredict the satellite was -3 degrees below your horizon?!?!

@jupitersaturn09 I’m not sure which pass these decoded packets are from, but it looks like it could be from around 19:34 UTC on 22 September. This would have been toward the end of the pass, and it was probably the last command received by RamSat as it was dropping out of range. You can see decodes from the end of that pass here: SatNOGS Network - Observation 6512404
In the last command we are asking for a single packet from file CMD2_604.JPG, although RamSat’s echo of those single-packet requests don’t show which packet was requested. The response is to return packet 251. That was followed by a telemetry beacon.
Sometimes we will be able to send an image dump or a detumble detumble command right at the end of the pass, which may execute for one or more minutes after RamSat has passed out of range. The output from executing those commands is often recorded by down-range stations, and we look for the data in the SatNOGs database to fill in our own received data. One of the many benefits our mission receives from this amazing community!