I am part of the team that built the Bobcat-1 Cubesat from Ohio University. I’m making this thread to centralize the information I have on the launch and deployment dates/info for all the satellites onboard (including ours).

Deployment info: Satellites will deploy in the order listed above, with 1.5 hours between each deployment.

I will continue to update this thread as I get more information from Nanoracks and elsewhere.

Here is some information on Bobcat-1:

I have uploaded a .zip here that includes several IQ recordings and a kaitai struct for decoding the beacons: https://aec.eecs.ohio.edu/sharing/6AddYQjUj

During passes over the OU Groundstation, we typically will initiate a FTP download of collected data. There is an example FTP download in the above zip, the content of the file download was the LSF Manifesto. The data we are downloading is essentially just messages from our NovAtel, and that format is described elsewhere online (see NovAtel’s website). During these high-baud-rate (100kBd) observations, the normal beacons will still be transmitted, but at the higher baud rate. There is also a mode implemented on the cubesat where we can request a burst of beacons, typically 10 beacons in a row with 400ms between bursts, but this is not always reliable and may not be used during actual operation. 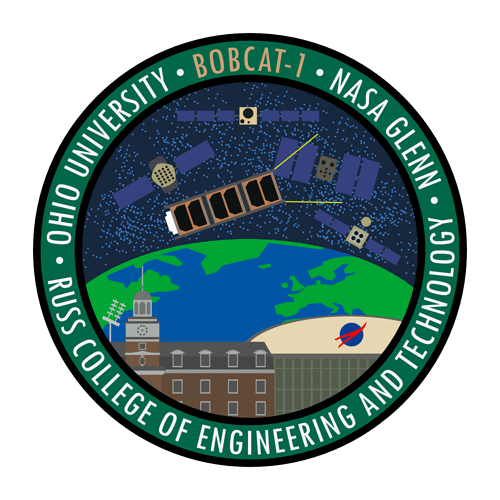 @lopezai in the SatNOGS chat has provided some documents regarding NEUTRON-1’s uplinks and downlinks: 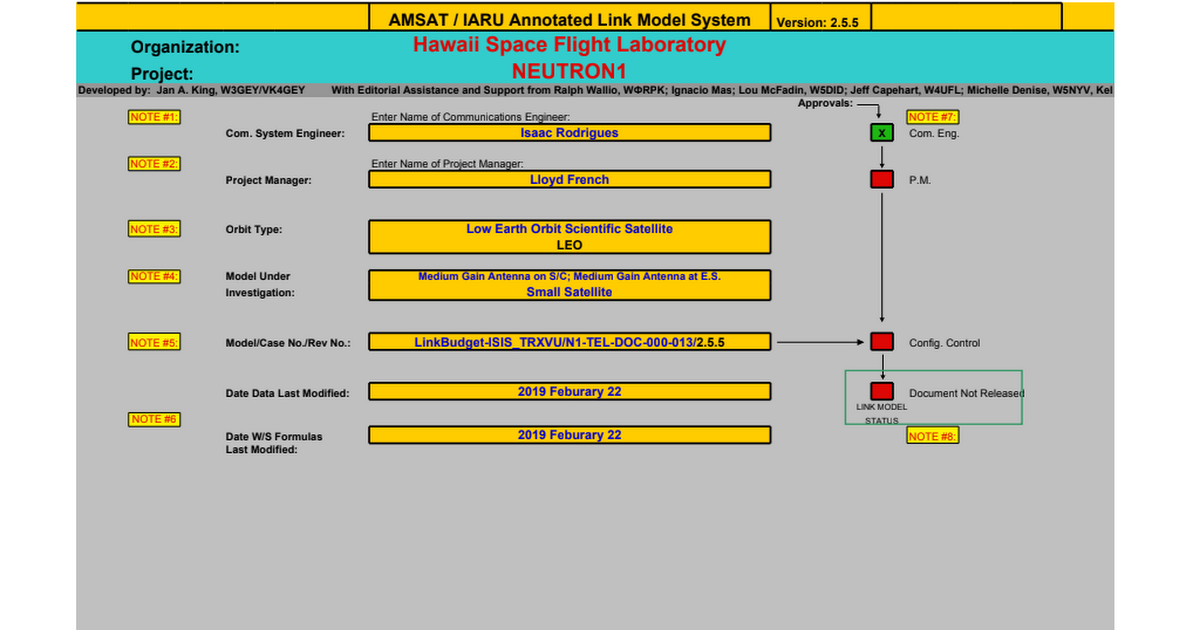 Some have reported issues accessing these documents so I have uploaded PDF versions here:

The communication with SATLLA-1 is done via LoRa VHF and S-BAND. There are two types of beacons, short and long. Both beacons are byte array and we will share the beacons structure soon.

For more information, feel free to contact us at: kcg (at) g.ariel.ac.il (replace at. Avoiding spammers).

Following is our patch. 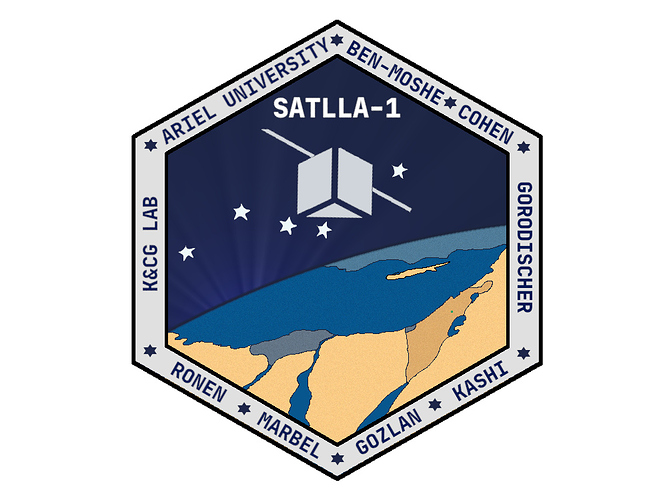 Unfortunately there will likely never be a LoRa flow-graph in SatNOGS due to the patent-encumbered nature of the LoRa physical layer.
The gr-lora project (which seems mostly abandoned?) does exist, but is reverse engineered, doesn’t perform well, doesn’t work with all parts of the LoRa protocol, and still has the patent issues surrounding it.

This means that while SatNOGS has a huge network of receiving stations around the world, none of them will be able to automatically receive telemetry from satellites transmitting LoRa. This is what you get for using a proprietary modulation technique unfortunately.

I should also point out that LoRa’s chirp spread-spectrum modulation is designed for use on the ISM bands, where there are usually many competing stations resulting in interference, which the spread-spectrum part of the modulation helps deal with. LoRa is well suited for those bands.

However, on the amateur satellite band, with frequency coordination and much less interference issues, all that spread-spectrum modulation does is use up far more bandwidth than is necessary (250 kHz on Norbi, really?!?!), resulting in potential interference to other satellites.

We already had some discussions here: https://forum.amsat-dl.org/index.php?thread/3215-lora-via-qo-100/

On 435 MHz amateur radio band LoRA is already used for some APRS applications.
The above article mentions LoRA via VHF? The required bandwidth would not be compatible with existing IARU/ITU regulations on the 145 MHz amateur satellite band.

Not to to talk about legal issues, which may also be different in some countries and are still unclear…

Sorry I have not updated this thread recently. I have some updates: 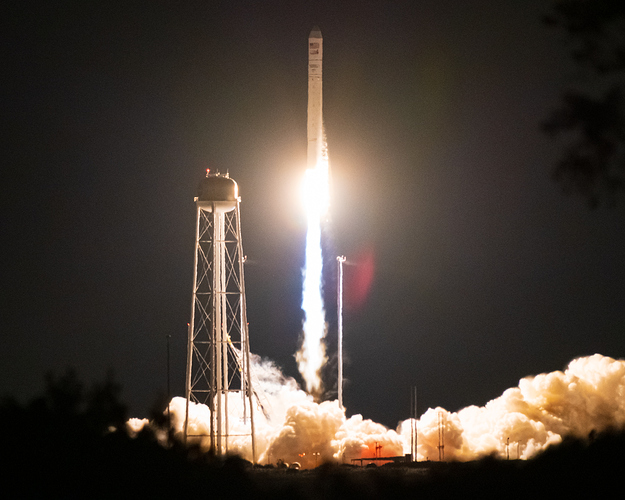 Deployment is scheduled for November 5th, but could be as early as November 3rd. Get your stations ready! I’ll update again when we have a specific time. Updates are also posted here: https://twitter.com/Bobcat1_Cubesat

I have ISS State Vectors in J2K format from NanoRacks for this deployment.
Silo1 is Bobcat-1 and SPOC. Silo2 is NEUTRON-1. SILO6 is DESCENT/SATLLA-1. See attached:

Additionally, I have a YouTube livestream link here for the deployment: https://www.youtube.com/watch?v=3RJE3eGC52E
This should start around 08:30 UTC on November 5th.

Thanks for the state vectors. For scheduling, however, it’s probably best to use the ISS TLE, as the largest uncertainty in the orbit will be the unknown drag. Hopefully there will be CSpOC TLEs soon after launch; if not we can use STRF to update the orbit.

Almost ready for the deployment. Here are the satellite and their temporary NORAD IDs:

For the teams, please make sure that the details of your satellite and its transmitters are right.

It’s perhaps a mistake and they wanted to talk about UHF LORA frequencies. I rem ember you that the picosat FOSSASAT have succesfully transmit on 436.7 MHz with LoRA but unfortunately for a too short time (https://fossa.systems/fossasat-1/). Anyway, an external RX circuit is required to receive but it is very affordable. It should be interesting to know the exact TX frequency.

First scheduling, from deployment to 2020-11-06 23:50 UTC is done, following the deployment timeline given here:

To the station owners:
These passes are overlapped with ISS passes and will do for at least 2 weeks. There are and there will be some free slots left for ISS passes, that may be used for either ISS or scheduling one of the satellites above.

In case you want to change which satellite you want to observe on a future pass on your station, delete the pass/observation and schedule a new one. If you schedule one of the deployed satellites, don’t forget to use custom station horizon in advanced options with value 0, so we can track it better as we don’t have very accurate TLE.

Three comments on the scheduling:

Its also worth pointing out that due to the very wide bandwidth of the mode compared to the ‘normal’ SatNOGS observation bandwidth (48 kHz), it will be difficult to discriminate SATLLA-1 transmissions from other local noise.

2 posts were split to a new topic: Identifying LoRa transmissions

One comment for SATLLA-1 (cc’ing @kcglab), SatNOGS DB is able to accept frames from 3rd party (not in SatNOGS Network) stations through SiDS protocol and if a kaitai struct is provided (generated from decoding schema), we will be able to decode them and create a dashboard.

Currently we have received Bobcat-1 and SPOC with demodulated frames and we manage to decode them and push them to their dashboards:

Unfortunately nothing from NEUTRON-1 yet. There is a possibility to be in deep sleep while recharging its batteries.

After a successful contact this morning, Bobcat-1 appears to be stuck in 9600 baud mode (normal is 1200 baud). You can see this here:
https://network.satnogs.org/observations/3090817/

Our plan for tonight’s 04:42UTC pass is to test the 38400 baud rate and start a science data collection. Once that data collection is done, we’ll be increasing the baud rate as high as we can to download that dataset. Hopefully, we’ll get close to our 100,000 baud target!