Could someone show me how to make a X-Y rotor in stead of the EL/AZ configuration.

Do you want to make one or would it be easier to use a commercial version? There is a bit to think about in terms of antennas as well as the software.

I am a poor fellow, have you considered the cost of a commercial XY system??

They may not be as expensive as you think. I picked one up for £40 a few years ago.

Choice of antenna would be important but I was reading this article a little while ago and it looked interesting, especially for Az only set ups.

I am intending to receive HRPT from satellites that requires a dish antenna. This is the one i have 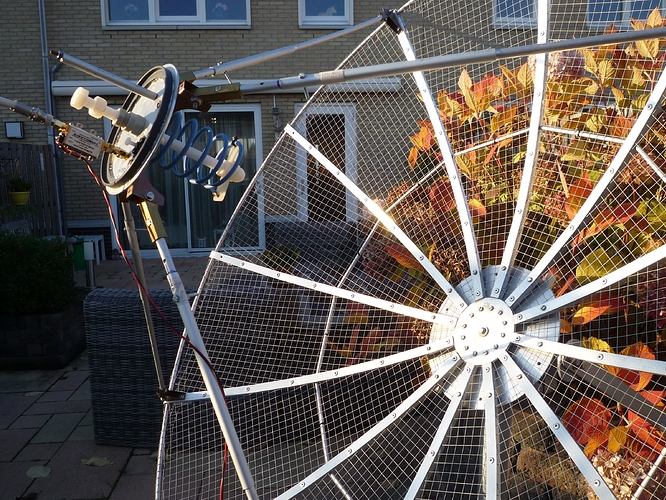 I see now. Thats going to take a bit of thinking about. There is one ground station that uses a dish, not sure who’s it was