At VisionSpace Technologies we are currently developing the free and open source VST104 board series for our developments of an onboard computer series for CubeSats. The boards are compatible with the LibreCube PC104 specifications.

We started to order and test the already finished boards, element_foxtrot, board_zero and board_sierra have been soldered and they are working fine. 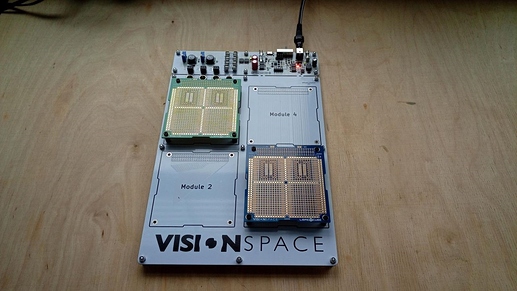 An estimation around pricing would be interesting (for me).

For the board_sierra material costs are estimated to be around 100 euros. This includes the 6 layer PCB manufacturing, connectors, the MCU and memory. If you want to go cheaper you can simply not use the PC104 connectors and less memory cells, this will reduce the price by around 50%. The same is true for the board_zero that costs approximately as much as you want to spend on the connectors (around 20 euros). Interpolating this I assume board_delta will be around 180 euros.

There is currently no plan to produce and sell these on a larger scale, the design is open and everyone is free to build it.

Thanks, that’s totally fine to decide which boards to build to play around with!

Thanks for sharing! Awesome work and progress! I will dive into them a bit more and provide some feedback here, but one initial request (so it is easier to contirbute and track issues too) would be to maybe split the project in different repositories please?

We have just released Prust, a bare metal, Rust based free and open source implementation of the ECSS PUS-C standard (ECSS-E-ST-70-41C) for our VST104 Sierra board.

PUS tells you how to use the CCSDS Space Packet Protocol to command ( TC ) and receive telemetry ( TM ) from your spacecraft, it is used in most European spacecrafts and Mission Control Systems (SCOS2000, EGS-CC).

There are plenty of PUS services available but we limited our initial prototype to these three to allow the execution of onboard functions (service 8), receiving the current status for their execution (service 1) and scheduling housekeeping telemetry frames (service 3). 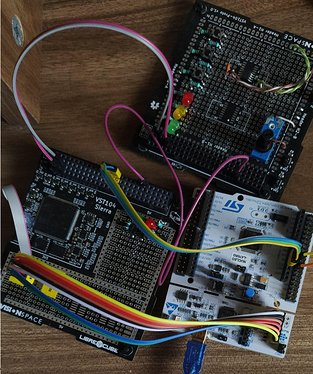 Prust_VST104.PNG728×870 342 KB
On the lower right you can see the board that is used to program the Sierra board to its left and on top of them is a populated prototyping board, connected to Sierra. Testing is ongoing, we already validated that onboard LED’s can be toggled and buttons (digital) as well as analog values can be read and sent back as telemetry packets.

We still have it on our list, currently there are just to much other things ongoing

We have split the project into separate repositories, as requested:

There are still some image links broken but we will fix this soon, just open an issue if you experience any other problems.

There is currently no plan to produce and sell these on a larger scale, the design is open and everyone is free to build it.

That’s the problem. If you don’t do that, it becomes just another open-source science project that only the most dedicated hackers will have the time or means to turn into reality.

If this was a cheap, serially produced, well-documented board like the BeagleBone Black that people could actually buy and easily use in their project… well, then we could see some actual change in this world.

I will look into this. Documentation will be made available. But getting access to more boards will likely require some sort of kick-starter. It will then depend on price and amount of persons interested.

But even serially produced, I dont think it will be cheap ( we could descope some components like the triple redundant F-RAM to save cost).