So I was starting my V2 build. Things are going together mostly okay, but I’ve run into one problem. There is no contact between my worm gear and the main gear. I checked with both ABS and PLA prints to the same effect. The channels for the threaded rod have some tolerance for adjusting, but still the closest they come is just barely touching and not enough to engage each other.

Has anyone else run into this? 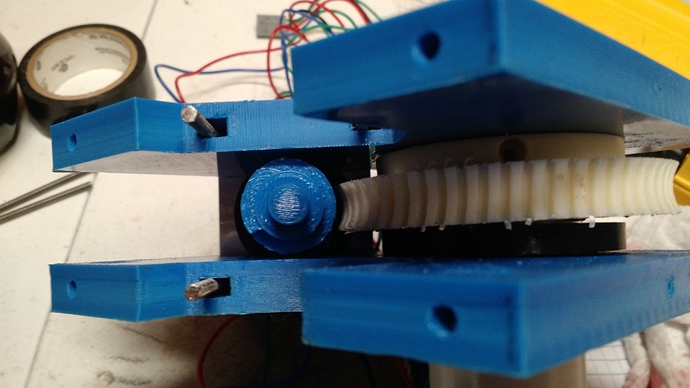 Not much use this but the v3 I built took some time to align. Are the slots the adjustment part. They look like they need opening up a fair bit

Yeah, or at least I assume that’s why they’re slots rather than holes. Guess it’s time to break out the files.

I see a aching arm in your future. Good luck!

I’ve been thinking the same thing. I should probably pull out my calipers and double check everything. I used the unofficial imperial sized prints so maybe something’s wonky.

Thats whats bothering me. Did you manage to get the checks done?

Just finished now. Everything is within 0.5mm. I’m thinking it’s possibly due to the OD difference between the pipes, based on what I found online it’s roughly 1/8th an inch difference, which would almost account for it. I guess we’ll see how filepaloza goes tomorrow.