I believe there is a chance that Transit 5E-5 and Transit 5B-5 were swapped, and the satellite we are receiving today may be 5E-5.

A few months ago me and @xerbo have found an old document talking about US spacecraft, which among others goes into detail about the Transit series, which the notorious Transit 5B-5 is a part of.

If you aren’t aware, the Transit 5B-5 satellite is currently the oldest known spacecraft still actively transmitting a signal (launched in 1964). This signal also isn’t just a carrier, but also has working digitally modulated sidebands carrying some instrument data, this was explored by Xerbo:

This is the signal that most people are familiar with, centered around 136.65 MHz; 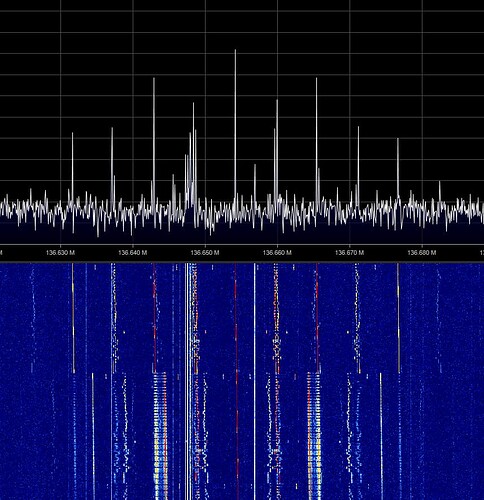 So, 5B-5 and 5E-5 went up on the same rocket and were released together into the same orbit. In the previously mentioned document, we can see that 5B-5 is referred to as “Oscar 2”;

The transit 5E series were satellites with scientific instruments, launched for flight testing and technology demonstrations, whereas the “Oscar” series was the operational part of the Transit navigation system, an early predecessor of the GPS.

This is where we ran into the first conflicting information. The document has this regarding the payload of the Oscar/5B satellites:

Transit 5B-5 (Oscar 2) itself isn’t described in the document, instead the information is applicable to all Oscar satellites in general. 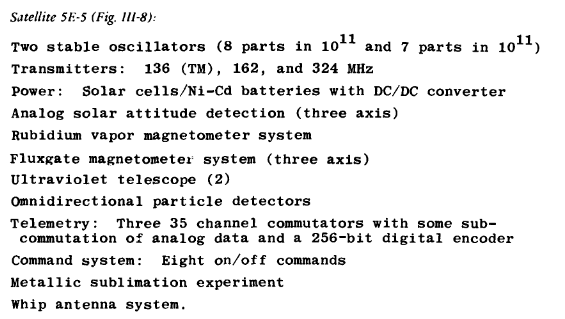 In its case, the telemetry frequency is only given as general “136” MHz, together with two additional transmitters at 162 MHz and 324 MHz. The short telemetry description, or “sub-commutation of analog data and a 256-bit digital encoder”, matches what we are receiving from the signal today.

Because there is no such description with Oscar/5B, it is possible that its telemetry modulation was the same, so this on its own isn’t enough evidence to say that 5B-5 and 5E-5 were swapped (although the frequency mismatch would point to it).

But there are other inconsistencies. For example, there are illustrations of both the Oscar satellites and the 5E-5 spacecraft in the document: 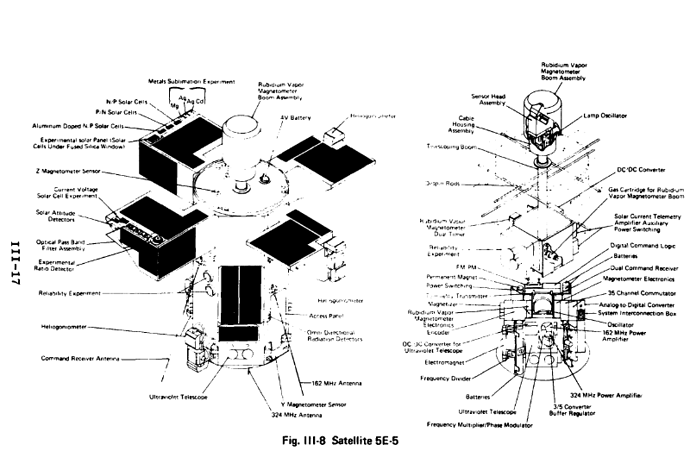 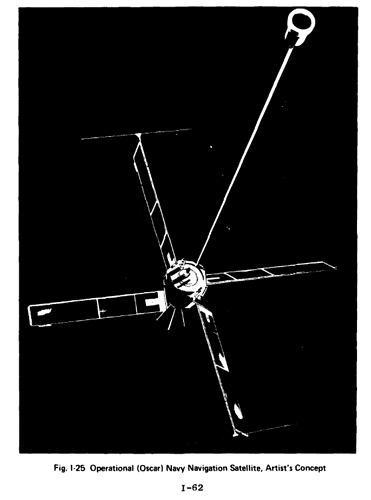 As you can see, when deployed, the Oscar satellite is much bigger than 5E-5, due to its larger solar panels. This would mean that 5B-5, with all of these extremities, should be experiencing more drag than 5E-5, and thus 5B-5 should now be at a lower altitude than 5E-5 since its launch. 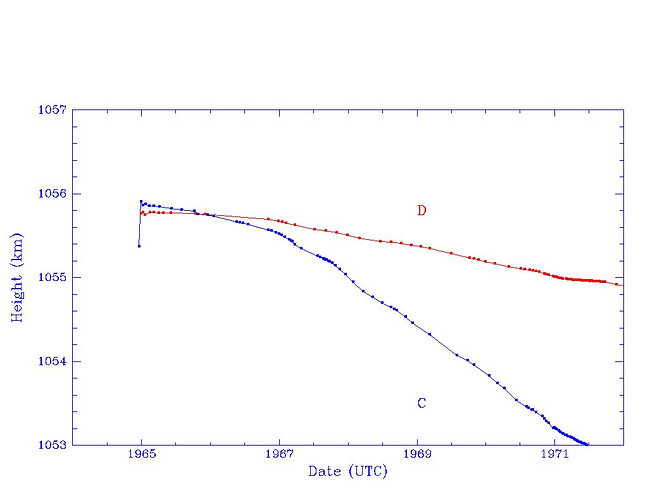 The typical weight of the Oscar spacecraft (5B-5) in the document is also mentioned to be around 51 kg, while 5E-5 is stated exactly as 77.4 kg. Again, this means that 5E-5, because its smaller and heavier (aka denser), should be decaying slower than the bigger and lighter 5B-5. This is not the case with the current TLE assignment.

5E-5 did have a 16 ft (4.8 m) extending magnetometer boom, which would add some drag to the spacecraft, but I have no idea if this would have been more than Oscar’s even longer (but thinner?), 22.86 m gravity beam.

The graph above was provided by Jonathan McDowell, who also brings up a good point - both spacecraft were transmitting at some point, so it would be unlikely for them to be swapped. But this error could have happened since, for example when the data was being converted to new, digital formats.

Speaking of the spacecraft transmitting, the document mentions that Oscar 2 (5B-5), ceased transmitting just a couple weeks after launch, while 5E-5 does not have a mission end time, indicating that it still might have been operational when it was being written (1978).

One of Transit 5E-5’s mission objectives is also stated to have been to “determine the reliability of various selected transistors and capacitors in orbit”, which could mean that it used different components than other spacecraft, and could explain why some of its electronics may still be operational up to this point. Meanwhile, there are no other examples of Transit 5B or Oscar spacecraft coming back to life or having this kind of longevity.

To summarize, this where we’re at right now;

So this is where we ask for help. One way that we could confirm which spacecraft we are receiving today would be receiving one of the other radio beacons. If you have a station capable of receiving at 150, 162, or 324 MHz, see if you can schedule some observations on these frequencies. I believe many people have stations capable of receiving at these frequencies but they could either be in test mode or just don’t have their range set wide enough.

QFH antennas for VHF (e.g. 137 MHz) are known for being very wideband, so if you are using one, please consider temporarily expanding your station range and scheduling some observations of “Transit 5B-5” and its beacon frequencies. Or if you have the means you can temporarily set up a properly tuned antenna, like a simple V-dipole.

This may just be wishful thinking, and the chances of this extremely old spacecraft still having not just one, but two or more radios working are slim, but we have already seen this happen with FengYun-1D, NOAA-9, TIROS-N, and probably others, so it isn’t unheard of.

If we observe any signals coming from the spacecraft on 162 or 324 MHz, that will be the biggest piece of evidence yet that it is indeed 5E-5. If instead a signal is received at 150 MHz, it would solidify its current identity as 5B-5. 5B-5 should also have a 400 MHz beacon, however as this frequency is still used by modern satellites and has been thoroughly examined by satellite observers around the world, it probably would have already been noticed if it was transmitting there.

And by the way, there is no reference anywhere that either Oscar 2 (5B-5) or 5E-5 carried an RTG. I believe this is a misconception stemming from the earlier “5BN” series of spacecraft. Oscar 2, as a standard “operational” satellite of the navigation fleet, would have used normal solar panels, and the same applies to 5E-5.

I will post any future updates on this matter in this thread, and, similarly, if you have any information that you think could contribute, please feel free to share, or ask any questions.

EDIT: forgot to include a link to the quoted document: https://rps.nasa.gov/system/internal_resources/details/original/115_a066299.pdf

@dereksgc FANTASTIC description and post!! Thank you so much for all the work you put into this