Hello everyone, I hope this is an okay place to post about this. I wanted to let you all know about a recent sound art project of mine that used data that I collected using my SatNOGS ground stations (124 and 195 on dev). In my daily life I’m an assistant professor of cinema and media studies at a small liberal arts college in Massachusetts, USA. As part of my research I both write books/articles as well as make new media art. I’ve recently been doing a lot of work about radio, satellites, and extraterrestrial entities. I had wanted to build a SatNOGS ground station for a long time and finally got around to doing it last fall, once I figured out which antennas to use for a no-rotator setup. (All of my antennas have to be installed inside right now, as I don’t have any land/balcony to install them on.)

Now to the project. The piece is called “they transmitted continuously / but our times rarely aligned / and their signals dissipated in the æther” (2018). Here’s more information about it from my website:

This 20-channel sound installation represents the results of collecting hundreds of transmissions from satellites orbiting the earth. Using custom antennas that I built from scratch, I tracked the orbits and frequencies of satellites using specialized software. This software then allows me to collect the radio frequency signals and translate them into sound. The open source software and hardware, called SatNOGS and developed by a world-wide group of satellite enthusiasts, enables anyone to build a ground station for tracking satellites and their transmissions, which are then uploaded to a publicly accessable database. Data received by my ground stations can be found here. These transmissions are mostly from weather satellites, CubeSats (small satellites launched by universities world-wide for short-term research), or amateur radio repeaters (satellites designed for ham radio operators to experiment with communication over long distances). I made the speakers hanging from the grid from a piezoelectric element embedded between two sheets of handmade abaca paper that was then air dried over a form.

More information about the project can be found on my website.

If you want to see a bit of the experience of the piece, you can take a look at the documentation video on Vimeo.

Whenever I talk about this project and tell people about SatNOGS they’re amazed that it’s even possible to build a ground station and collect this data. So kudos to everyone for their work on SatNOGS. My project wouldn’t have been possible without it. 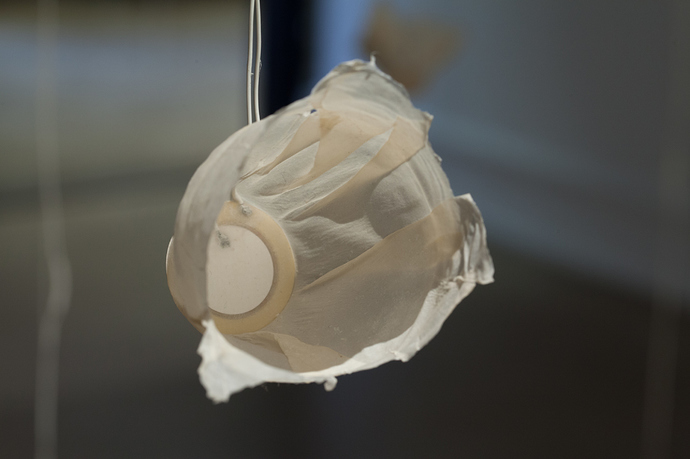 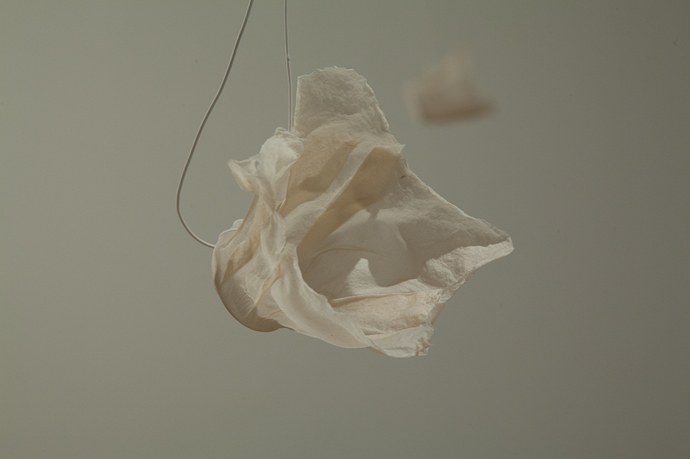 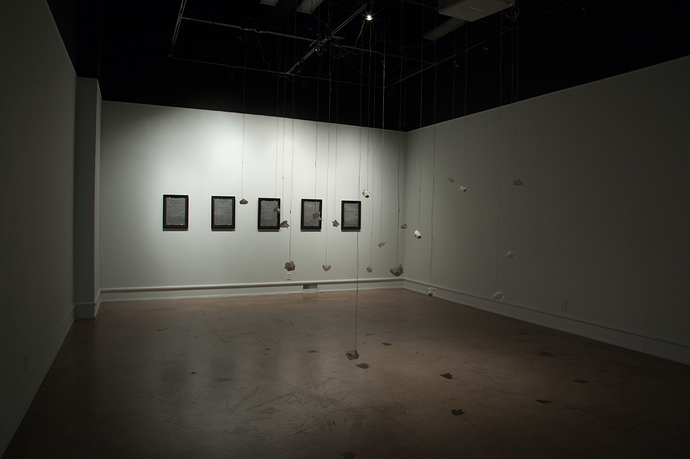 Amazing. I never thought I’d see SatNOGS used for that. It reminds me of a much purer version of the Sigur Ros concert at the Lovell telescope at Jodrell bank. SatNOGS is far more open than I thought!

Thanks @g7kse, that’s a quite a compliment, as I’m a major fan of Sigur Ros! Here’s to more interesting uses of SatNOGS.

That is really neat! I love how the shape of the paper, especially the way it flares out at the end, reminds me of a crew capsule re-entering.

Unrelated music note: if you haven’t listed to Public Service Broadcasting’s “The Race For Space”, it’s quite amazing.

It works better with the video I think

Once you’ve heard one, you’ve heard them all. But as a concept its very good. PSB are a bit like Sigur Ros in as much as the visuals are as much a part of the audio. I really like the way that you’ve used SatNOGS data rather than some ‘professional’ quality devices. Like @saintaardvark I think the speakers are excellent.