as in last community call there was a interest to go to Chaos Communication Camp this year. We can probably use a thread for coordination.

First find: You can register a village for specific topics
https://events.ccc.de/camp/2015/wiki/Static:Villages

I went ahead and reached out to Space Village that seems to be the most relevant we can organize under (with them basically). It would be great to cluster around it and have our own “Space” oriented space (pun!) in CCCamp!

The folks at LeiwandVille brought amateur radio equipment and LEO satellite tracking devices at the OHM2013. I think they will be also interested.

And why not make a new village? you can ask the organization to be near common-interest villages

Hey all, CCC camp 2015 was a blast!
Thanks to the Space Village that were hosting us, specifically Part Time Scientists and Raketen Club.

Here some notes about our visit:

Unfortunately we didn’t manage to get the SDR badge that CCC was giving away this year because of an issue with our tickets. We hope that the next similar camp in the Netherlands in 2017 (rumors say it’s going to be named SHA) will have such awesome swag.

Overall, it was a great experience to attend CCC and I hope we have a SatNOGS village in the 2019 CCC camp. 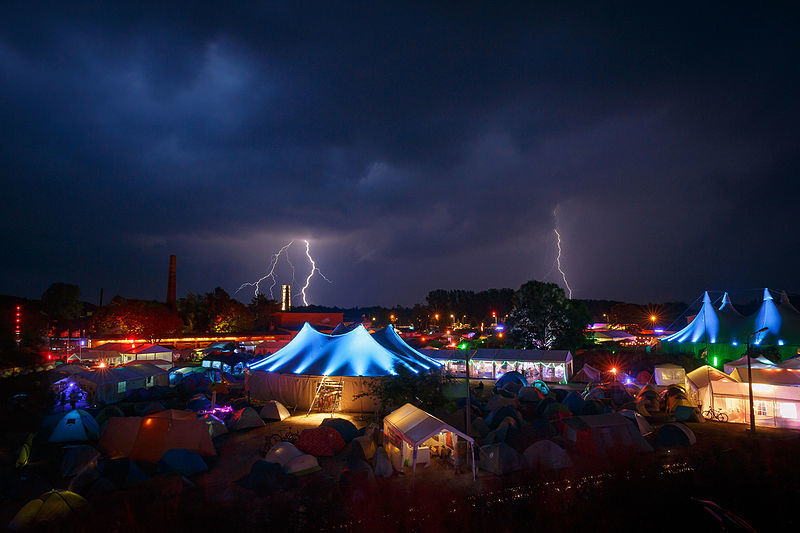