Rotor control and when it hits 0-360 point 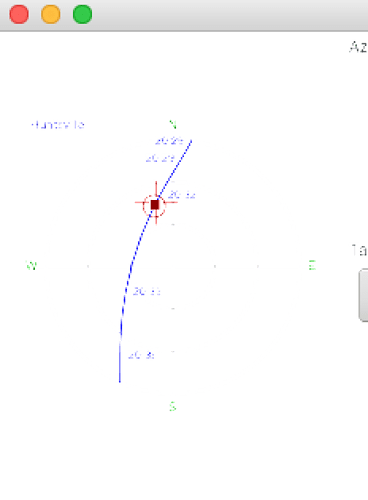 OK, I have a question and not sure if this is a bug or not. I was tracking a satellite and it started at 10 degrees and then goes through 360 (counter-clockwise). Once it gets to 360 degrees the rotor goes COMPLETELY around (clockwise) to get back to 360. I currently have it set as 0-180-360, which for this case, would cause the “symptoms”. If I were to change it to -180-0-180 i believe it would work as expected (would NOT swing all the way around to get back to 360). So, am I going to have to figure out which scenario I am going to have to select to keep it from swinging all the way around and lose time on the satellite? Or would it be better to allow the AZ to swing 540 degrees (360 degrees with an additional +/-90 degrees to catch this?

I also have finished the code to accept GPRedict AZ/EL commands (wasn’t parsing the EL portion of the command). Who can I send it to since I am still learning push/pull on GitHub???

I know this is an old thread, but wanted to report how I just fixed this issue. The rotator firmware (currently) is fine to rotate past 360, the issue is with hamlib it’s self. You can change this line https://github.com/Hamlib/Hamlib/blob/master/easycomm/easycomm.c#L467 (.max_az = 360.0,) to be a larger number and it’ll work fine.