Goodmorning everyone.
Last week, 20 October in Florence, on the occasion of the gathering of the scout group in Florence, we tried to contact the Space Station (ISS) with astronaut and commander LUCA PARMITANO.
On that occasion I used the SatNOGS rotor stepper motor version with cross yagi antenna 3 VHF elements and ARROW antenna always three elements. The system has naturally traced the orbit perfectly and has done its job, (tested with 100 watts of power in uplink with the Kenwood TS2000) and for this I am very satisfied. 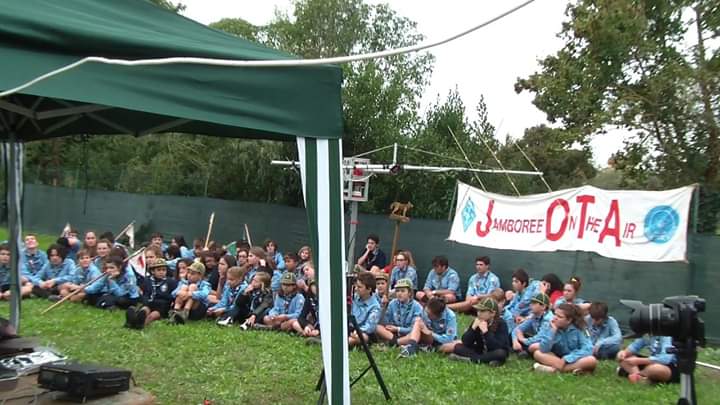 Unfortunately, even if we had been promised, the factual contact did not take place because the astronaut did not then give availability to connect, even if planned well in advance.
On October 24 instead, in Massa Carrara (ITALY) organized by the ARISS School Contact team and the associations of the Versilia radio operators (TUSCANY) and others, the connection with the ISS and Luca Parmitano was successfully carried out, 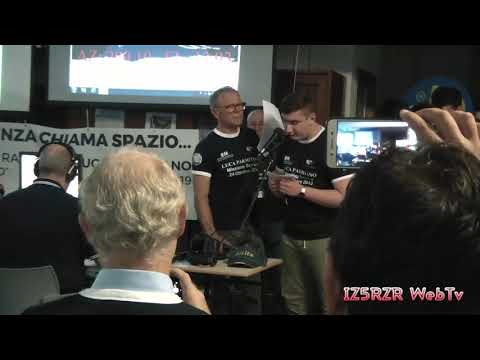 an event I attended and on that occasion I met the Engineer Fabrizio Carrai of Kayser Italia of Livorno (ITALY). 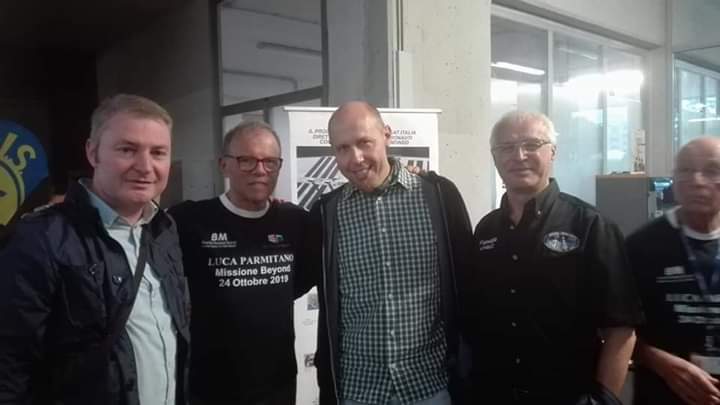 FB_IMG_1572017514815720×405 24.9 KB
Kayser Italy is primarily involved in the design, development, manufacture and testing of systems and components for scientific and technological research activities on board of space platforms, including the International Space Station (ISS).
In particular, some years ago they built the HAMTV system
http://www.amsat.it/ariss-eu/index.php/columbus/ham-video
https://www.rtl-sdr.com/receiving-digital-amateur-tv-from-the-iss-with-an-rtl-sdr/
System which was then brought on board the ISS and for a while transmitted images to the ground with these parameters
Main characteristics:
Downlink frequencies: 2.422 GHz, 2.437 GHz
Contingency frequencies: 2,369 GHz, 2,395 GHz
DVB-S like signal (without PMT tables)
Symbol rates: 1.3 Ms / s, 2.0 Ms / s
FEC: ½
Video PID = 256
Audio PID = 257
Antennas: ARISS 41 and ARISS 43 antennas patch on the nadir of Columbus
RF radiated power: approximately 10 W EIRP
Ham Video operates with a Canon XF-305 camera.
Currently the HAM-TV system has returned to the earth due to a breakdown, but soon it should return on board again to be reactivated.
Speaking with Fabrizio from Kayser Italia, I explained to him that it would have been nice to be able to directly receive the Ham-TV signal from the ISS with our SatNogs antennas and eventually implement the decoding directly via software using Satnogs Client or an SDR plugin application that uses antennas SatNOGS could be decodable without the need for expensive equipment.
http://www.pabr.org/radio/softdatv/softdatv.en.html
https://www.rtl-sdr.com/receiving-digital-amateur-tv-from-the-iss-with-an-rtl-sdr/
I wanted to ask the developers of the Satnogs client if you think, given that this is a fairly standard DVB-S transmission, there is the possibility of implementing decoding on the Satnogs ground Station network?.
The parameters are those indicated above and further details may be requested directly from Kayser Italia engineers.
It would be nice to receive the signals transmitted by the ISS with the Satnogs satellite Rotator and special Grid Antnna 2.4 GHz dishes as soon as the HAM-TV transmitter is naturally restored on board

Thanks for the info about the ISS HAMTV.

I wanted to ask the developers of the Satnogs client if you think, given that this is a fairly standard DVB-S transmission, there is the possibility of implementing decoding on the Satnogs ground Station network?.

As you said it seems fairly standard, so I don’t see any reason why not be able to implement it. From http://www.pabr.org/radio/softdatv/softdatv.en.html it says that gr-dvb, which if I understand correctly comes with gnuradio, should do the work.

Not sure what extra parameters needed, but a transmission sample would be very useful for the radio devs.

By the way I own the antenna that is used in the link above and I would be very happy to setup a station for receiving!

If it wasn’t for the fact that we need the I/Q for audio and the waterfall we could probably have the RTLSDR even decode it.

Hmm, i’m not sure the RTL chips can do DVB-S? There’s also the fact that the signal is somewhat non-standard to deal with.

Hello.
I asked Fabrizio of Kayser Italia, the HAM-TV developers to have an I / Q sample of data so they could be tested.
As soon as I hear from you I inform you.
I hope that soon the system will return to the ISS to be able to receive it with our SatNOGS rotors