Seems that these signals could be from Genesis-J but unfortunately Genesis sats had been removed from the satellites list.

I could not order any more passes.

Could be added again?

Unfortunately this is not the Genesis-J satellite and here are some reasons:

We have successfully partially decoded the packet (header) and it belongs to GENESIS-J:

You can see that, apart from that:

Telemetry is at 50 bps (who transmits at that speed except our GENESIS satellites?)
The length and spacing of the telemetry packets is correct.
The modulation deviation also seems correct
The Doppler shift has the correct shape and amplitude.

Best of all, in the strongest packets you see the “signature” of our TX, which is that horizontal line to the left at the beginning of the packet

Reasons can be discussed. Telecommands to deploy antenna were sent several times. As part of the packet are missing or unable to decode, we will try to force-decode to match CRC.

On the other hand we can’t say the satellite has decayed until confirmed by United States 18th Space Defense Squadron.

We have successfully partially decoded the packet (header) and it belongs to GENESIS-J:

That’s awesome news and it changes everything… I’ll try to check against ikhnos and see if we can identify the object with the current TLE.

Hm… None of the space-track.org’s TLE sets fit that curve: 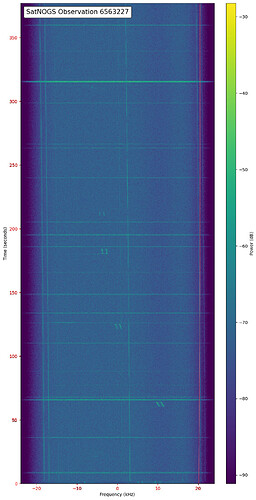 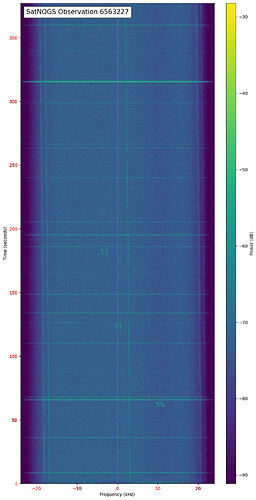 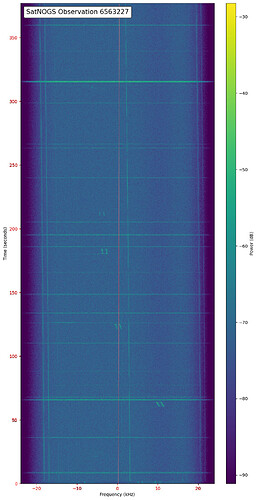 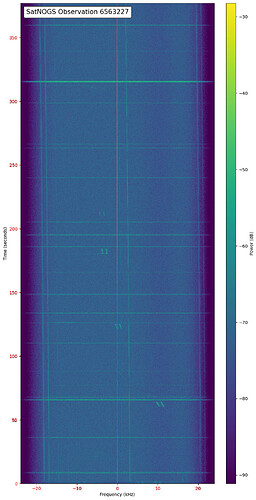 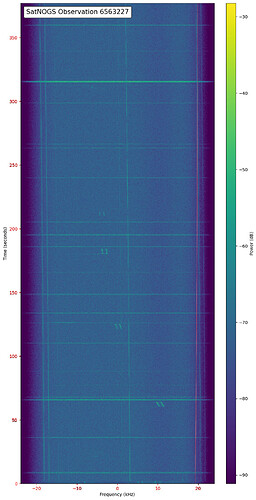 I was thinking that objects 53958 and 53956 were tracking the two lanes of pocketqubes that deployed from picobus. But now with that I’m not sure.

@ea4gqs I can revert the re-entered status of the satellite in DB, however in order to schedule it we will need another set of TLE to follow. Any suggestion?

No need to revert status. To be honest it is very likely that they have re-entered as TLEs show that they would be very low now.

Anyway thanks a lot,

I tried to analyze the observation’s data (with publicly available information) to see if this was GENESIS-J: 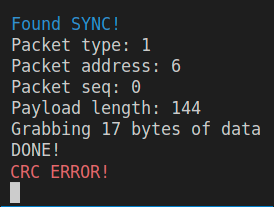 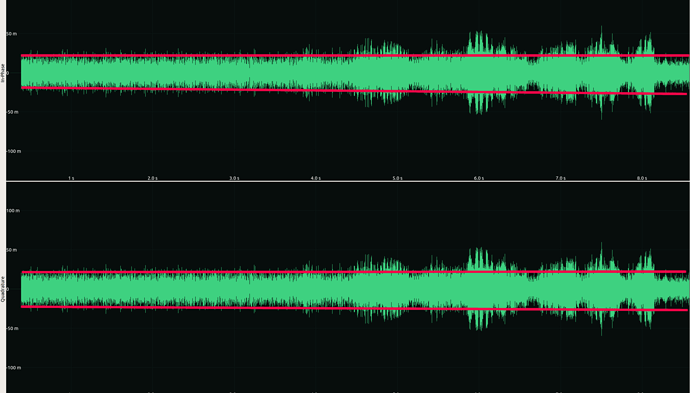 Thanks a lot Gabriel,