Previously I had vetted the LoRa sats (norbi, fees) successful when they might not have been - I get some periodic weak, wide marks on my uhf waterfall likely of terrestrial origin.

This observation correlates with two successful packets received on the TinyGS station ( tinygs-webapp ) sharing the antenna (with mast amp and a power splitter) - they are hard to make out but are barely visible around 190
and 260 seconds - should match the tinygs packets received 18:56
and 18:58Z (unfortunately no seconds)

The packets with seconds are:

and should be around 201 and 321 seconds - which do not match anything visible on the waterfall.

Similarly for this observation of FEES SatNOGS Network - Observation 4630418 starts at 5:15:38Z

The tinyGS packet tinygs-webapp is timestamped 5:16:07.547 30 seconds into the above observation nothing is visible.

Not too surprising. The waterfall is 48 kHz wide, the LoRa transmission is 125 kHz wide, and likely very short. It’s possible any averaging in the waterfall takes out the short impulsive signal.

Tried again today as Norbi is going over at 80 degrees on a beautiful holiday afternoon here - pointed the WeMo X-Quad at it tracking with gpredict, using maybe 50ft of RG213 and a b205mini usrp - all I could make out are two of the 9k6 tlm bursts - no sign of the LoRa still – here’s the 9k6 ones, just about 2 minutes apart like the LoRa ones: 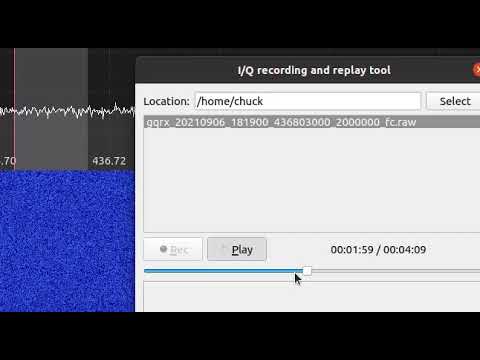