The client did not decode the full ISS sstv image although the signal was very clear - I think my antenna actually is doing better without the mast amp and just running the rtl-sdr at max gain. Playback the iq and decode with qsstv - had to fish around for the sample rate of 66k ??? Or is it actually 65536

got this complete image 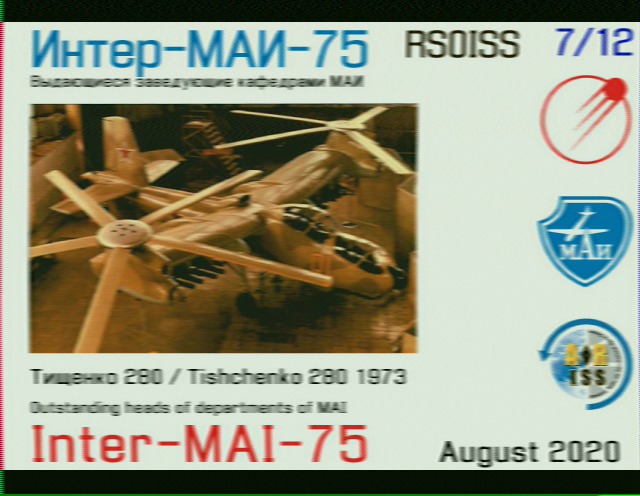 The IQ sample rate for sstv pd120 must be this - from
/usr/bin/satnogs_sstv_pd120_demod.py

so the 66k guess was close enough to decode from IQ

I’ve also noticed that the auto SSTV decoder did not work as well this time around. Curious.

I noticed something similar with my station and I assumed that it was a local problem there.

I piped the audio through my decoder testbed, which uses pretty much the same gnuradio flowgraph as the one in gr-satnogs and they seemed to work fine.

Uponfurther investigation I found that the images in stored on the station where fine and complete.
However the files that have been uploaded seem somehow truncated.
They are smaller and corrupted.

E.g. for the images in this observation:

Also the decoder should alway fill the rest of the image with black pixels, so they all should have the size of a full PD-120 frame.
If the images look like the something must have gone really wrong somewhere.

So my guess would be that the files have been uploaded before the decoder was finished writing them to disk or that the the upload somehow stopped mid-file.

Unfortunately I did not have time to debug the issue further.

So my guess would be that the files have been uploaded before the decoder was finished writing them to disk or that the the upload somehow stopped mid-file.

The latter is something that would be implemented soon on client as it is part of uploading artifacts, but until then we may use the rename solution if this is possible and easy to change.