It seems many of the Funcube-series satellites are drifting quite a lot; however, this one has been pretty stable over the last few days. Not sure when the “PE0SAT Move V TLM Beacon” was added, but it seems way off now.

Now I have the first observations (1973 and 1975) with the corrected frequency, and the audio signal is centered nicely around 1.5 kHz (where it is supposed to be) 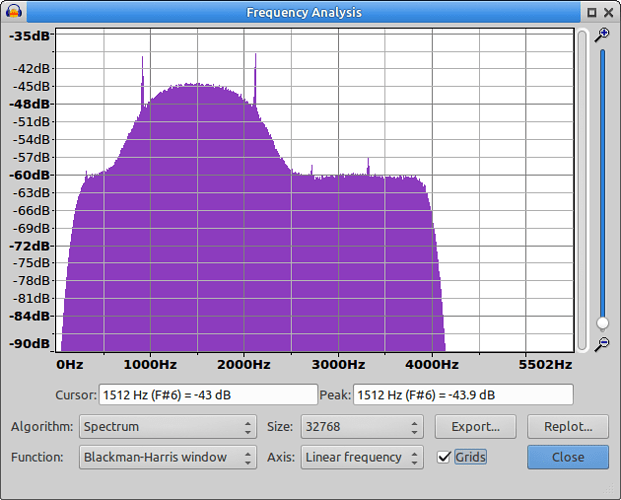 This should be perfectly decodable with Funcube dashboard or gr-satellites. Anybody interested in trying?

I do not know about funcube dashboard or gr-satellites, but I have decoded over 1,000 packets from Nayif using your fcdec (https://github.com/csete/fcdec).

So I could try…

Unfortunately that decoder was made to take IQ samples as input, so it will not work with audio input. Maybe I can find some time to update it later.