My project of testing Satnogs on a Pi Zero

The reason I am going to be trying this is because Raspberry Pi Zero W is only $15 plus the cost for the SDR and you could have a station with the addition on a turnstile ant.

I will document my testing here as I do it.

I too recently realised I have a bunch of not Raspi 3’s around the house. Looking forward to hearing how it works out!

Well If its a Raspi 2 it will definitely handle the cpu extensive side of Satnogs as it has a quad-core chip much like the the Raspi 3.

Only problem could be the USB Bandwidth.

Current progress: Downloading the image and going to attempt to boot it on a Raspberry Pi B Original.

If this goes well I will attempt to start the client.

EDIT: Welp there is a problem with my SD card.

Its installed and running installing and setting satnogs up on it. The test will come when I set it up for observations. 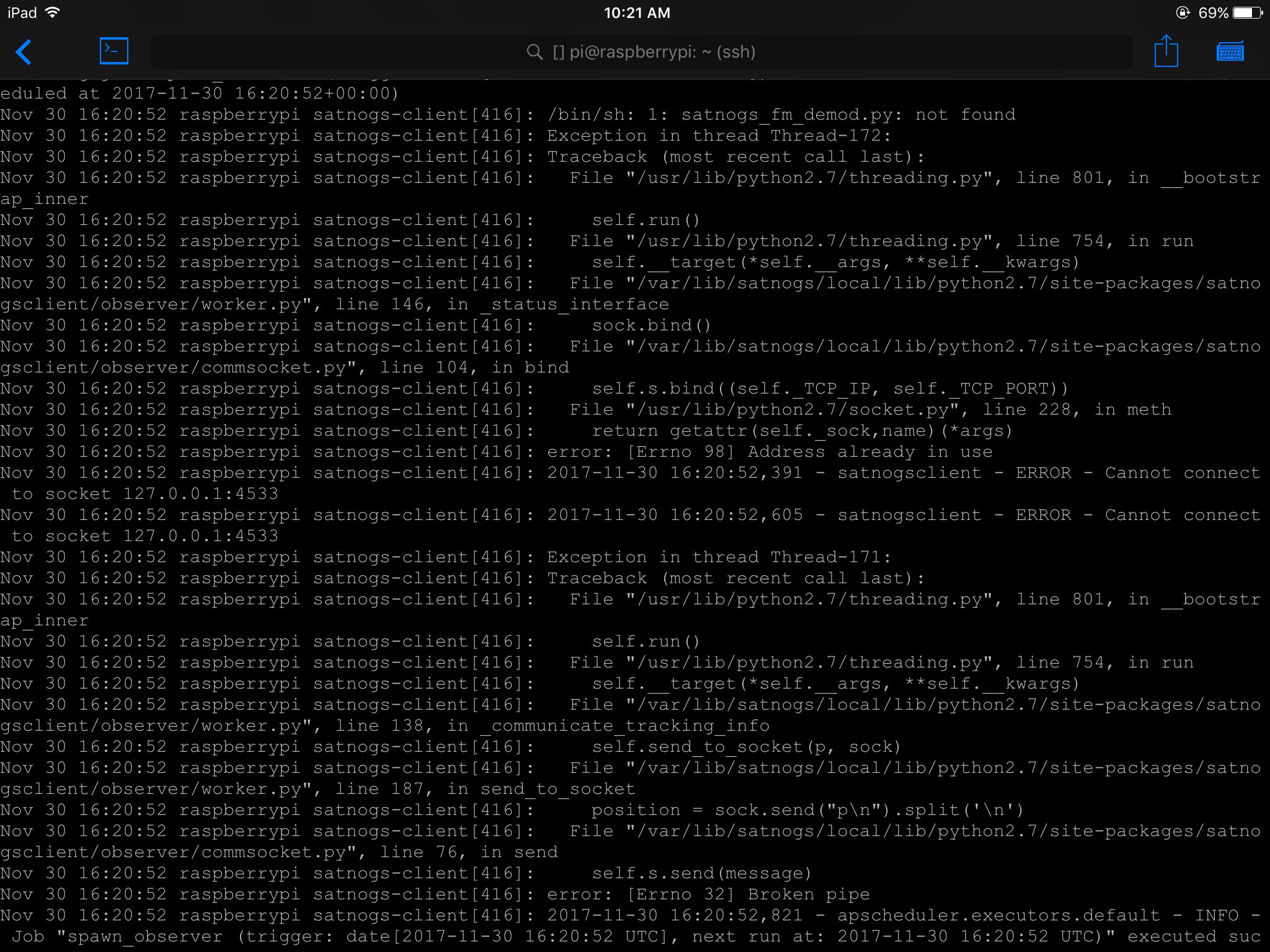 Okay later today I will have this problem fixed and I can actually try it properly.

It seems like your first observation only lasted 2+mins… It should have been way longer. Did you get any error?

Hi did you get the pi zero to work with the satnogs? Would be interested in using instead of pi 3
Max

After my initial tests I ended up just buying a Pi 3 and never really continued. As of now you would have to manually compile gr-satnogs for the system because of the CPU it uses.

I might begin doing some tests with it again and see what I can do. It just doesn’t have enough power. I might also try with some of the cheap Orange Pi that have 4 cores.

Just a thought for a smaller foot print.

Thanks for the info , would be nice to get it running on a $10 computer, the orange pi looks interesting.

I would try one of the cheaper Orange Pi Zero boards but I fear that there would definitely not be enough ram on it.

This of course would be happening sometime next year as I have to go thru and figure out how to build everything as I will have to do a manual installation not a simple flashing of the image on to an SD Card.