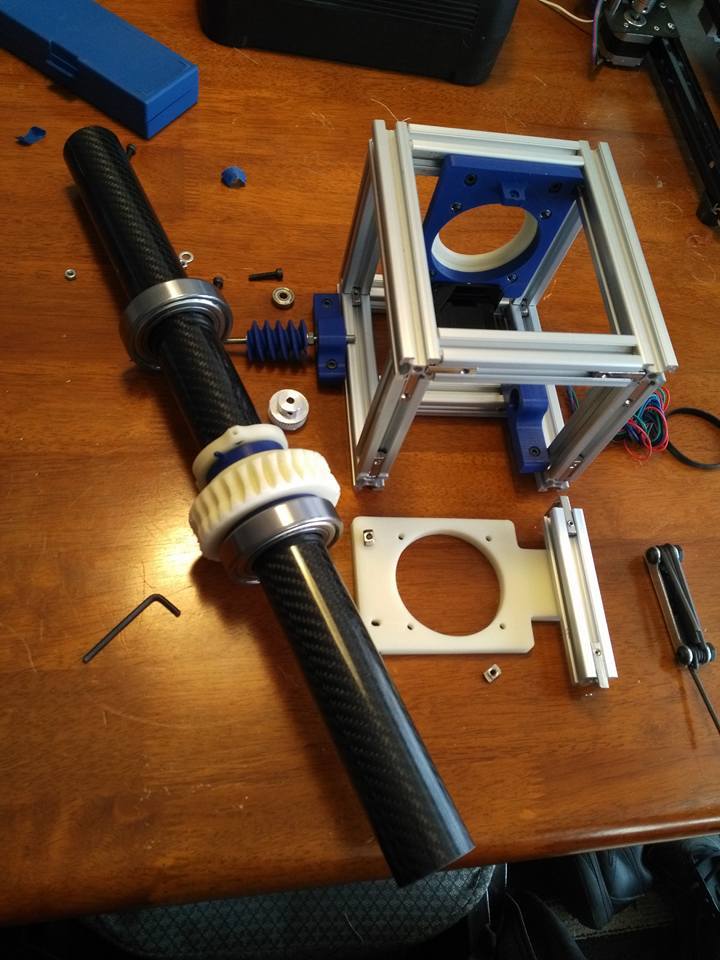 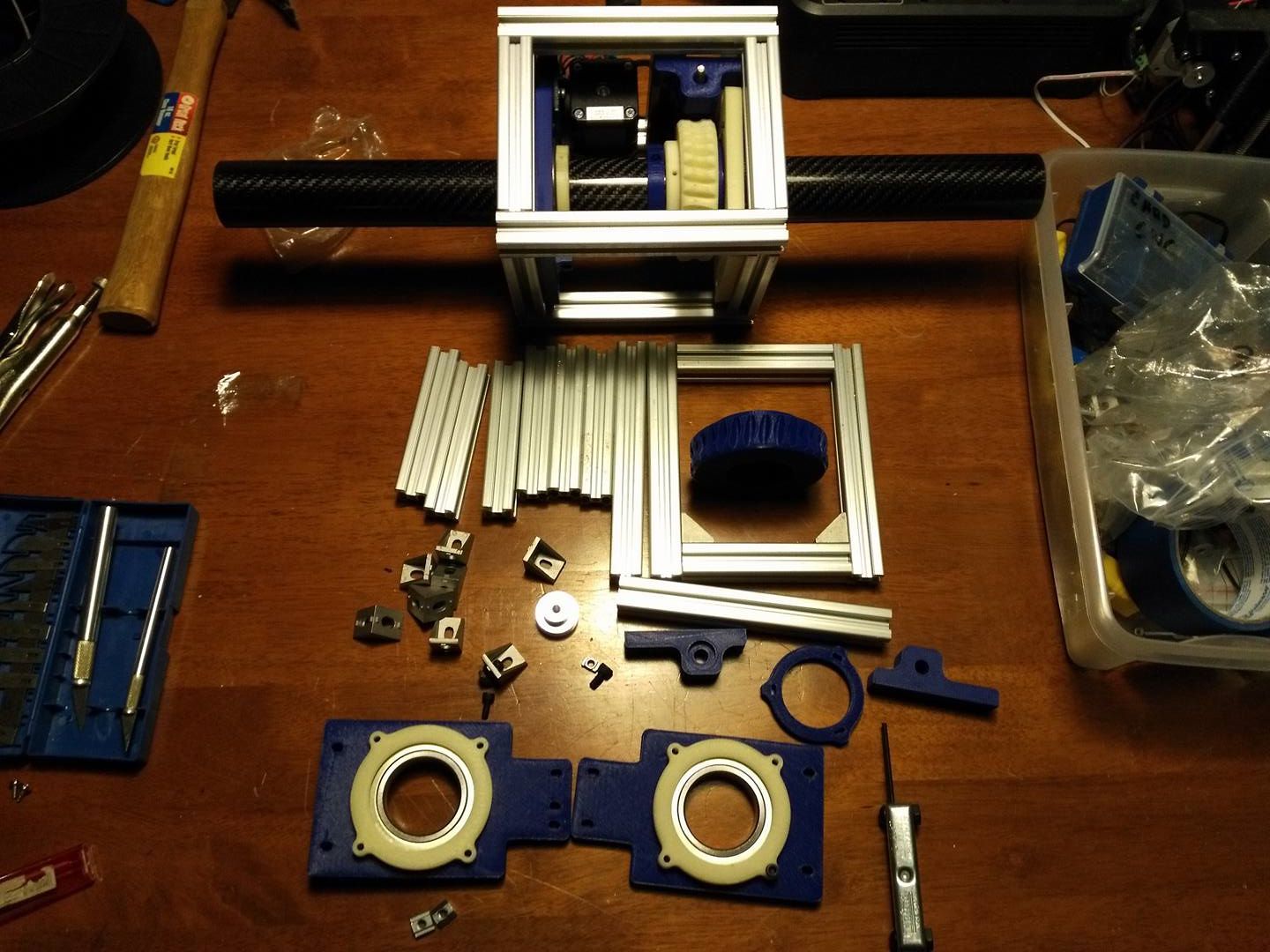 WAT? Do I see a carbon pipe there? #wow

Any details on rationale and specs? Thanks!

Yes I’m using 40mm carbon fiber pipe because it was the only 40mm pipe I could find. The first assembly uses hidden corner slot6 connectors, only using 2 hidden corner pieces on the 2nd assembly (for clearance) with standard slot6 corner connectors for the rest of the frame. Most of the printed parts are PLA and just printed some new gears with better quality using ABS. The first assembly has good rotation with a drill attached to the M5 rod. Both will use NEMA 17 steppers. The goal is to use this with gpredict to work Amsat on a portable tripod and Arrow II dual band 2meter/70cm antenna and diplexer. Will post more once completed. 73!

Thanks for the update @phlat ! Can’t wait to see the finished result

Looks great… I am having trouble with the worm gear… seems to be the weak point in the design… looking for steel system, but very expensive… hoping to find a replacement unit for some type of machine already on the market that could be substituted , but if find small and large units, nothing the size I need…

@bob, there are several services to print parts. We’ve tried out Shapeways and have been impressed with the results. It is too expensive to print all the parts there, but just the worm gear is pretty reasonable. Especially considering how tricky that part is to print with a normal FDM machine.

See this picture on Twitter for the difference between the printing technologies. The one on the right took several tries to get that nice. The Shapeways version was the exact same STL file and cost about $12 including shipping. The current worm gear only part would cost a bit less because it’s smaller.

You’re correct about the $12 part and around $40 for the big gear. I’ve had pretty good results printing the gears from ABS with Prusa i3 100% fill. Aligning the worm gear to the axis gear and spinning it for a couple minutes with a drill seems to break it in and running smooth. I’m nearing completion and will post a video soon. 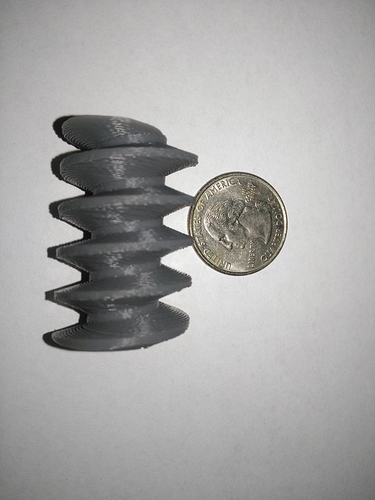 Both are NEMA 17 steppers. Using a 3D printer RAMPS board with arduino mega. In the process of changing the code to work with the RAMPS board. Also using RAMPS optical switches for the homing end stops.