The Meteor-m2 meteorological satellite experienced s fatal failure that appened roughtly at 07h17z on April 29. This occured during the observation #4023373 recorded by the station 1260 - S59MZ-VHF.
The transition from ‘good signal’ to ‘wrong signal’ is clearly seen in the WF (WaterFall), starting roughly after 10 min… 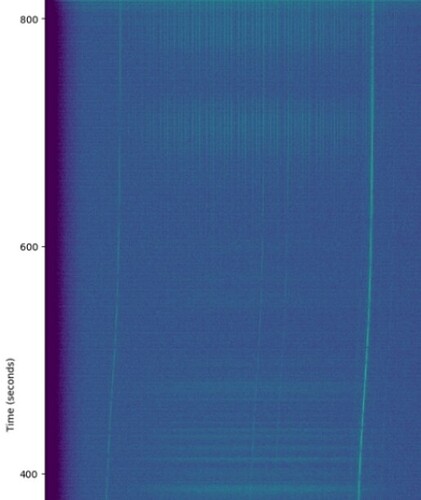 Since then, le VHF signal of Meteor-M2 has this ON-OFF modulated aspect and it can no more be decoded.

My station 1486 - va2em was the last to report, 7h earlier, a practical Image-Vis received from the satellite, before its ultimate failure. Indeed, an earlier failure that occured more than a month ago render impossible the decoding of the Image-IR part of the transmitted data.

This was not a fatal failure as Meteor M-2 resumed normal operations some time before 16:35UTC. See https://network.satnogs.org/observations/4026141/

Indeed, it seems that Dr. Sat has rejuvenate the Image-Vis system.

I thought that the Meteor M2 had arrive to his End-Of-Life as indicated on this WEB page:

Sorry for the false alarm!