My apologies if this isn’t the preferred place for issue tracking, but I wanted to document before I lost track. It didn’t seem like the issues feature is enabled in GitHub.

-Client Local Web Interface- Save button exists on configuration page, but values are not retained. I have been editing in the config but attempted to make a quick tweak to PPM and noticed it didn’t save. Validated on both of my RPi stations. 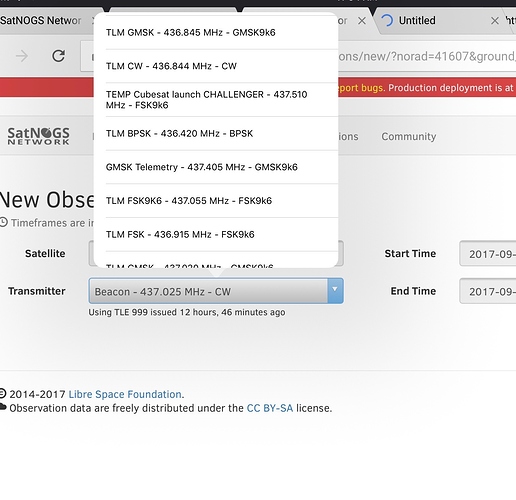 -Previously mentioned memory consumption of memory as it relates to gnuplot.

If you have any questions, just let me know. Also, if there’s a better spot, please let me know and I’ll ensure to post there.

No apologies! Better to bring it up somewhere than not at all! We moved to https://gitlab.com/librespacefoundation/satnogs hence the lack of issues on github.

Yeah this one is ugly. Already filed as https://gitlab.com/librespacefoundation/satnogs/satnogs-network/issues/393

Ah, I see issues are in gitlab. Maybe it was missing since I wasn’t logged in on that machine. Thought it was odd they would be disabled.

Got it… thank you… I’ll move this info there… just wanted to document before it was lost.