I see no evidence of a satellite there. I would vet as “bad”.

You even have absolutely no sign of signal whatsoever (no satellite with an omni-directional antenna, no terrestrial signal and you are in a populated area, just pure noise), so I would guess it is a failed: too low gain or line not OK.

I suppose there was a question behind the question (?).

This observation has been automatically marked as a success because there is an issue with the automated post-processing of APT transmissions. You can correct them as bad or failed according to instructions in https://wiki.satnogs.org/Operation#Rating_observations

All of mine are just static, going to try and fix it tomorrow. Should I mark them as failed, not bad?

There was a long debate about the distinction between bad and failed.

Personally, I would vet them as failed as the station was not in receiving order. The bad qualifier would be for lack of signal with a fully working station.

Without evidence to the contrary, this still falls into the “bad” category.

Yes, you are right, without evidence of the contrary, this would falls in “bad”.

The evidence of the contrary are these ones:

So I think this station should get more signs of transmissions.

However, the vetting process described currently is still allowing some interpretation so I would vet this as “failed” but I understand other that would come to another conclusion.

However, with that type of vetting, any vets of satellites that are known to be strong performers (such as NOAA, AO-91/92, CAS-4A/B, etc) would have to be vetted as “failed” when there is no satellite evidence seen in the waterfall. This happens quite regularly with my two stations - yet it’s not actually a failed observations - it’s just a case of my station not being good enough to pick up the signal.

Without knowing, FOR SURE, that this is the case with the OP’s station - he shouldn’t really vet it as failed because there is no concrete evidence of a failed observations (purple waterfall, missing waterfall, etc.).

Again, we should be sure to vet all observations uniformly… so that others in the future don’t have to rely on intuition to figure out what the results ACTUALLY were.

Also, again, I would recommend that we equate “good” and “bad” to “observed” and “not observed”.

We just installed a new antenna, it’s a different design. No idea how it works, I do the software part! Thanks for the help.

Still not working… best we got was a line. https://network.satnogs.org/observations/1464401/

That was a low pass for an omni. Wait for a higher NOAA 19 pass. If you can’t hear that (or the ISS SSTV/school contacts), then you likely won’t hear anything.

Where is this antenna located? Is it indoors? If yes, what type of roof material does the building use?

Indoors. Not sure about the roof material, my grandfather uses the same antenna for ham stuff all the time. I’ll check tomorrow.

If you go outside, can you tell if the roof is metal? If that is the case, you can absolutely forget about receiving satellite signals. It could be that such an antenna works just fine for you grandfather as the take off angle of the antenna sends the major lobes through a wall rather than straight up. Can you take pictures of the roof and exterior of the building?

As for improving the station, please can you first list EXACTLY what the antenna and feedline is? IE, what style of antenna, how high up is it from the surrounding ground, how close is it to the roof, what type of coax are you using, how many connecters in the coax between the antenna and your SDR, etc. This should help us figure out your station.

Thanks, I’ll try to get pictures soon. There are a load of coax cables between them to get it across the room. He also has a large antenna outside but it’s not wired up at the moment because he needs to leave a window open to do it (it’s winter here) but we could probably try a couple of passes with it.

I might be able to get pictures today but he just got a cataract yesterday so I might not be able too.

Can you at least measure the coax lengths and determine the grade of coax? Also count how many different connectors/adapters there are between the SDR and the antenna.

We set it up again, and I think it might be working. Here’s some photos, this was while we remade it so if stuff isn’t plugged in that’s why. Sorry about the bad photos, I should have checked them before I went home. There’s about 2-3 metres of coax. Not sure about the grade, I’ll get back to you on that. 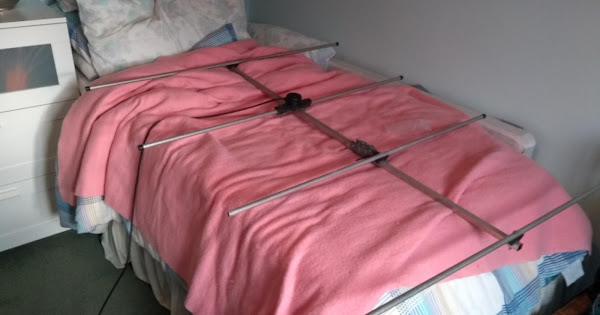 I did get some satellite-ish lines on a recent observation and I am checking the others now.

Edit: The page on the wiki mentioned “calculating what to set SDR gain to get a total gain of 25DB” but neither me or my grandfather knew how to do that, so I set it to 20 yesterday because he said it would have a “pretty low gain” and in the tutorial they set it to 8.

Ok, so that is a yagi - a directional antenna. Really they aren’t a whole lot of value unless the satellite is in geostationary orbit, or you have a az-el rotator controlling them. They are useful in terrestrial applications because you can aim them at the horizon and get much greater reception in the direction it is pointed.

Of your three observations, I think only the CAS-4A one is “good”. What you can try doing is pointing the antenna straight up and schedule an observation where the satellite is very high (like maybe 75° or higher). Assuming you don’t have a metal roof, you should be able to pick up something then.

The somewhat slanted vertical lines in the observations are “birdies” of some sort (terrestrial noise either from the SDR, power supply, raspi, or something else local to you). Satellite signals should appear straight (if the TLE’s and your location are set correctly).

We are getting somewhere now!

Ok, now I notice that there are more pictures. The mag base antenna is more appropriate, but really you’ll need to get it outside, or at the very least stick it on something that is much larger (like a pizza pie plate or larger) to give it a greater ground plane. Getting it farther away from all the other electronics will help, too.

I think the last antenna shown is a mag loop - not sure if that will work at all.

Thanks! We are building a slim jim today.

We built a slim jim and this is the result:

Not sure if it worked. It had a gain of 20 on the rtl-sdr. I ran rtl_test and it reported “at least 112 byte loss”, if that helps. It’s the second SDR and it happened on the first, so it’s probably not that.