I just recently installed an “L-Band dish” and was planning on setting up an station to look at GOES-16 and GOES-17. Using AR satellite applications and dishpointer.com, I’m pretty positive that I should be able to GOES-17.

This suspicion is confirmed when I pointed the dish at it and opened up GQRX. 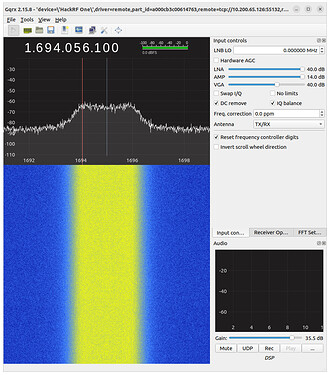 I want to be able to set up observations for GOES-17 on SatNOGS Network. It is currently listed on SatNOGS, but with no observations. And when I go to schedule it, I get the following: 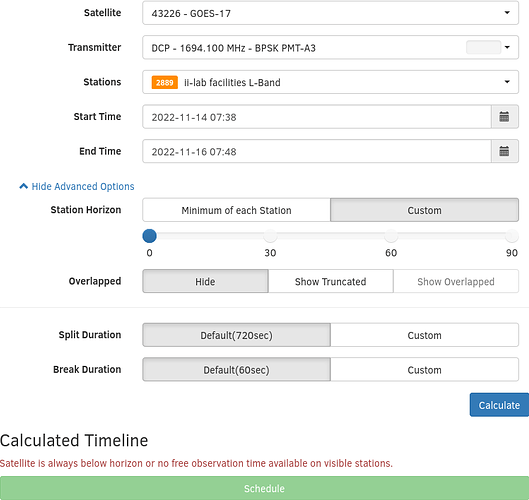 Is there something wrong on my end? Even when my station horizon is set to 0, I can’t schedule an observation.

Does it work on other stations? I’d say the code doesn’t work because the satellite is geostationary - the pass prediction algorithm just doesn’t work as SatNogs is intended for LEO sats.