Forwarding GPredict Data to Other Programs

I’m relatively new to gpredict, and what I would like to do is forward some tracking information from gpredict to a separate program that I’m creating. So I’m just wondering if there are any kind of APIs for that, and where I could find documentation for them, as I can’t seem to find them.

Information that I need:

Things that would be nice:

If there aren’t any APIs, how could I go about getting the desired information from GPredict?

There is no API in gpredict, but since you are writing a program you can use one of the many libraries like pyephem in Python to make the calculations for you.

Could you use “predict” to do that? as in what is being done for this NOAA imaging routine: 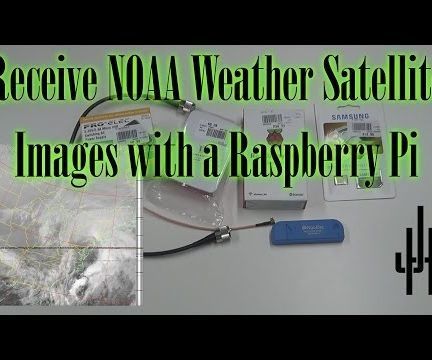 A new pile of parts means a new project is in the works.I’m building a Raspberry Pi based NOAA weather satellite receiver. I’ve got some experience with receiving...

Thanks for responding. I took a look around in ‘predict’ to see if it was something that I could use, and I compared it to orbital data from GPredict. Unfortunately, they didn’t coincide very well, even after updating the respective orbital databases. My ground station location should be correct…

I could use it, potentially, for a simple timer to display to the user, but probably not for radio and antenna control. This is mainly due to it’s apparent lack of accuracy, as compared to GPredict.

Thanks for the idea, though! I’ll definitely keep it in mind

@csete Could I potentially modify the GPredict code to create an API? If so, would you know how I could go about doing that?

Gpredict has always been open source software with a license that allows anyone to use and modify the code without restrictions, so yes, you could modify gpredict to do what you need.