While SatNOGS team has been busy with Upsat launch and commissioning, I have been working on setting up a VHF ground station using a 137 MHz turnstile antenna and an Airspy. This morning I finally got my first results coming from a scheduled observation no. 1585. I will post details about my station in another thread.

Note that I am using my own SDR software which does not yet produce waterfalls. Also looking forward to the possibility to uploade decoded images 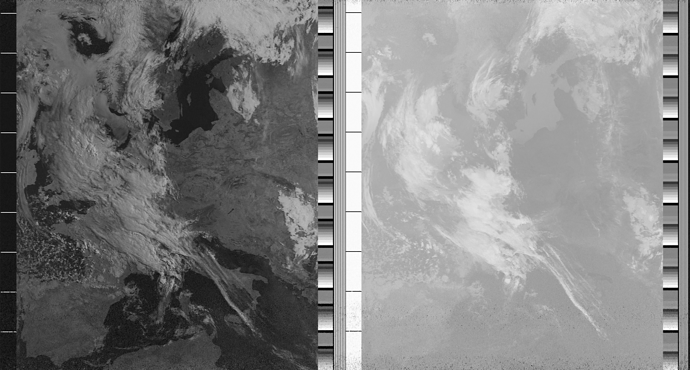 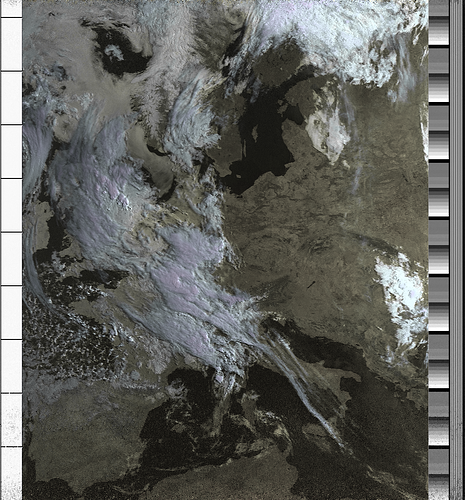 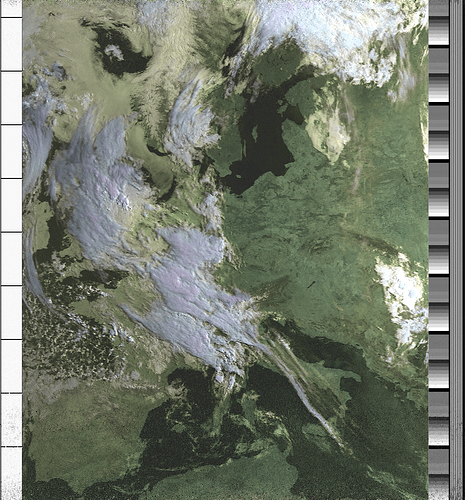 Love the result @csete ! How do you think going about the scheduling part? If no such thing is in the design, it would be probably better to directly upload to SatNOGS DB then? (and we should have a quick way to manage image display there for all the meteo sat images we are collecting!)

The scheduling works fine, except I can only schedule one pass at a time. I believe this is known issue, although I have seen @cshields few days ago create an observation with multiple passes in it.

Ideally, I would like to be able to give my ground station a prioritized list of satellites and let it track them without further action from my part. Other observers could still schedule other passes in between just like they can today.

As for image upload there is no hurry from my part, but would be nice. I have now compared decoding the APT from the 11.025 kHz OGG file I’m uploading and the local WAV file. They are pretty much the same, so the images can be decoded again later when the DB supports it.

All in all lot of fun to play with and much more convenient user interface than the shell script based system we used to have at OZ7SAT in the past.

Btw. I had a little mishap in this morning’s pass where I think a WAV file got uploaded instead of the OGG, but it looks like we caught NOAA 19 switch from IR to visual sensor