Looks like the folks at MAI will have an experiment run right at the end of July. Crew timeline shows activation of the SSTV system beginning with setup starting at 16:00 UTC on July 30. The system will be powered down that same day at 19:30 UTC. The next day (July 31), the system will be again active from 13:25-19:15 UTC. Downlink is presumed to be on the traditional 145.80 MHz frequency. Mode will likely be PD120 but not officially known at this time.

Some statistics and info:

Thanks @fredy for decoding these images!

A map showing all stations listed above and the ground track during the observations: 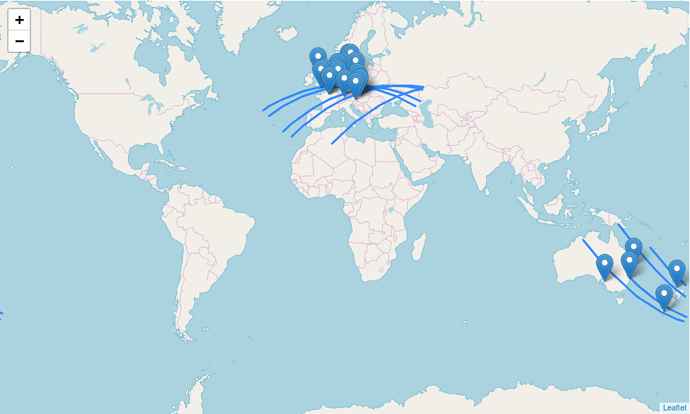 A timeline showing the timestamps of the decoded SSTV images, as given by QSSTV and encoded in the filename of the images: 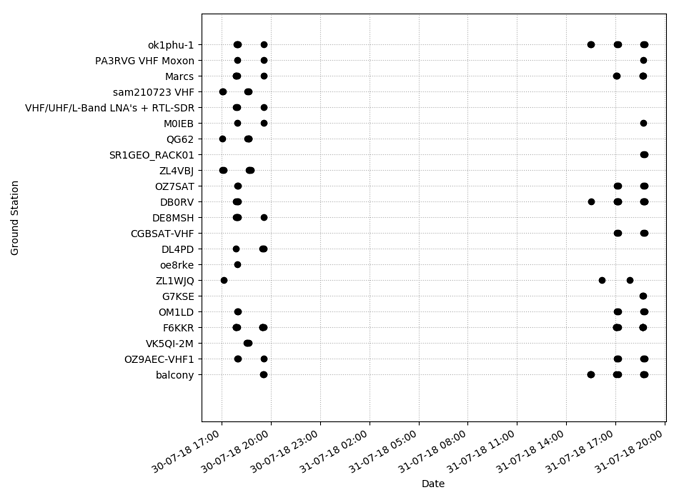 image.png950×700 89.1 KB
NOTE: There are overlapping points created when more than one image was decoded during one pass (only a few minutes separated).
Fixed.

Both visualisations created with the code of the python notebook SSTV_2018July. 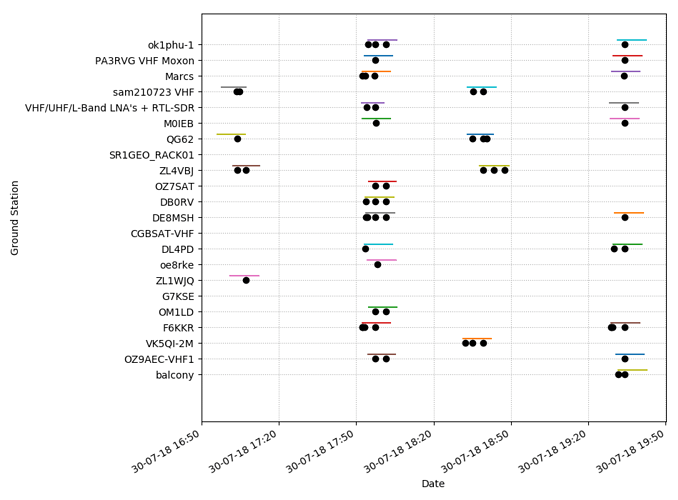