There looks to be at least one sat using the amateur band on this launch:


I’ve not found much information on the official page, and then this popped up on twitter this morning: 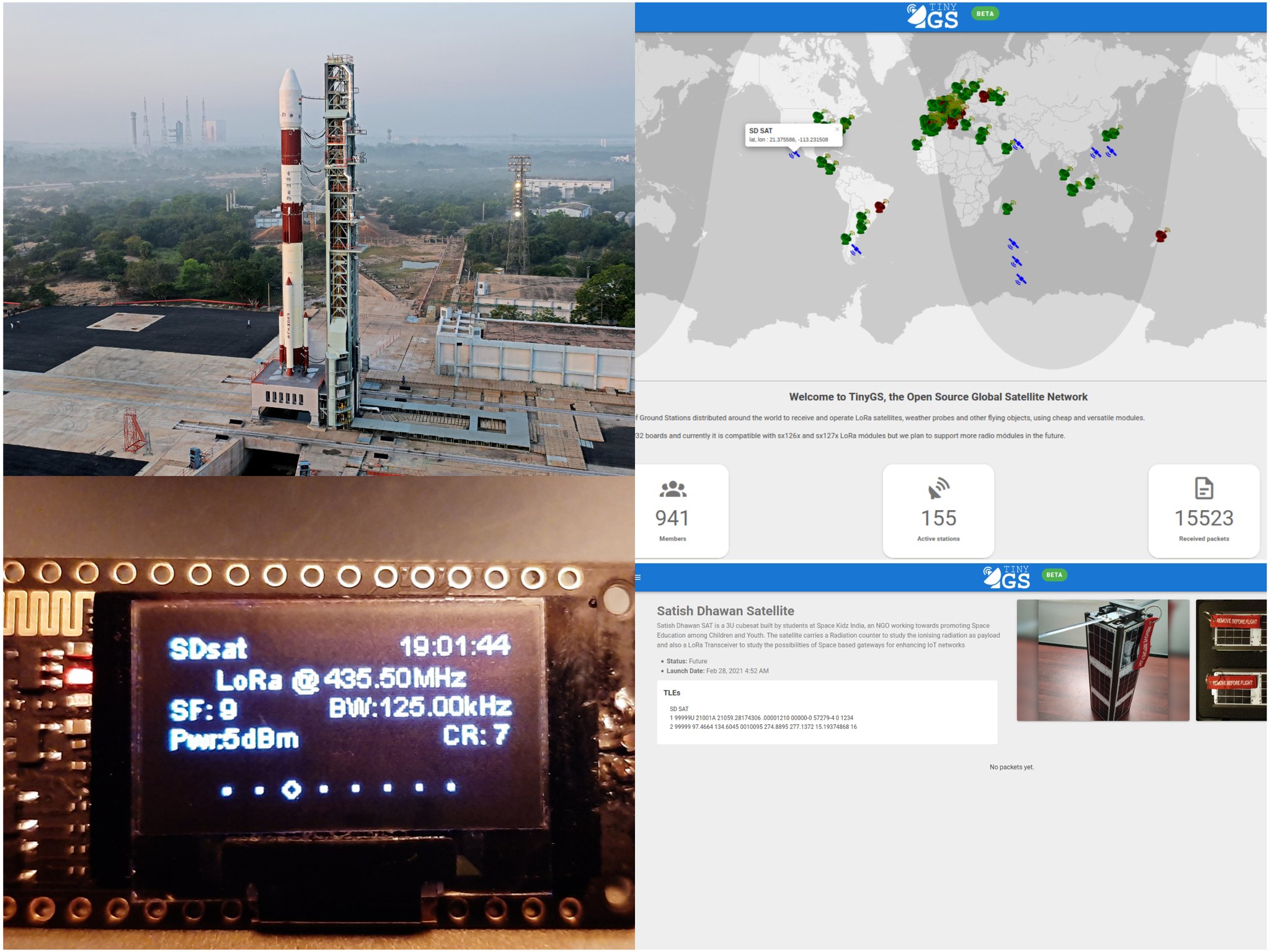 The best TLE we have currently is:

There is an API/A in ITU submitted for SDSat that has it filled under the Radio Amateur Satellite Service. There are two problems with that:

SDSAT is ready in DB and in Network with the temporary NORAD ID 99900.

I’ve scheduled some observations for the first 6 hours using the TLE provided by @vk5qi.

We have a couple of more satellites in the launch with frequencies that are of interest. To recap, what we have from API/As of ITU are:

So in practice we have 4 satellites with frequencies filed as radio amateur satellite service by WRC in India, flown by ISRO and uncoordinated with IARU.

All 4 will be monitored in our Network, flagged as misproper frequency use in DB and reported. If anyone has any contacts with those teams, please reach out.

We have two TLE sets for this launch from spacetrack. For now we follow for all the satellites the OBJECT B(47700).

Observations have been scheduled for all the satellites for SSA purposes.

It seems that OBJECT B(47700) is part of the rocket, so it is not the right OBJECT to follow.

After some observations, it seems that TLE from tinygs fit better SDSAT, which by the way is alive. For example check bellow the image generated with ikhnos: 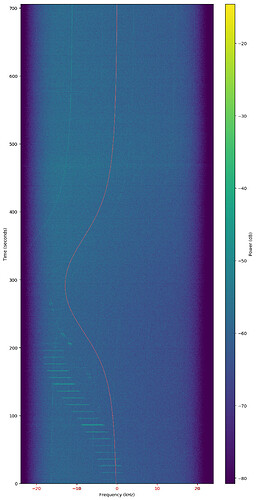 The wide signal is from INNOSAT-2 but the other one fits the TLE set and it has to be SDSAT. For using this TLE set I have propagated it with strf tools and here is the result:

We are going to use these TLE set for the other 3 satellites from this launch. As OBJECT B it separates too fast from the orbit that the TLE above describe, I’m going to remove (and re-schedule) any scheduled observation after 2021-03-01 00:00. If you had scheduled any of these satellites far in the future, please re-schedule them.

Nanoconnect-2/SAI-1 has been also added in DB and scheduled in Network.

Until now only SDSAT has been received.

New 18 TLE sets from spacetrack (thanks to @PE0SAT for pinging me about them):

We have almost randomly assigned OBJECT V(47718) to SDSAT and OBJECT H(47706) for the rest satellites.

Still except SDSAT, nothing has been received from the other satellites.

EDIT: As the TLE sets are describing different orbit from the TLE set we used until now, please re-schedule your future observations.

Perhaps SSIETSAT between 200 and 300 secondes at right

@michel unfortunately it is not. It is ION-MK01 a commercial, non IARU coordinated deployer that transmits at 437.150MHz.

With the TLE set used for this observation you should expect something near the center (not more than ± 15KHz) with a small curve. For example check https://network.satnogs.org/observations/3709485/ from SDSAT (after 300s), this is how much in the center should be and the how much curved.

SDSAT is changed to follow OBJECT X(47721) as it fits better with the current observations. Still to early for identification as we may miss some TLE sets and 17/19 are stil in TBA(TO BE ASSIGNED) from spacetrack, which means we can expect changes, swaps etc…

Nothing received from UNITYSATs. SDSAT is still received and it seems to follow OBJECT W(47721) (renamed from OBJECT X to W from spacetrack). Nanoconnect-2 looks like it is alive and follows OBJECT C(47701), however the signal seems to have different baudrate, so I’ve added one transmitter in DB with baudrate closer to the one that was observed and re-scheduled some of the observations.

EDIT: We are far from identification as still many OBJECTS are still TBA.

Still Nothing received from UNITYSATs.

Nanoconnect-2 is still received… it definitely transmits in a lower baudrate than 115200, it looks like 9600. By accident(now is fixed) I’ve set it to follow OBJECT E(47703), but still from the receptions we have it fits better to OBJECT C(47701).

The last two are pretty separated from the rest of the group, so I estimate that soon we will be able to identify them.

A little bit more information on the fields in the RTTY message is available here: https://www.spacekidzindia.in/sdsat/