Hope this may be of some help to other G-5500 owners out there.

The controller box uses a set of 4 relays to control rotor motor movement (up, down, CW, CCW). This works great for the weekend satellite chaser but it is not the best design for a 24x7 duty cycle with automation and precise tracking. Physical relays suffer from arcing and contact wear and over time will end up failing. 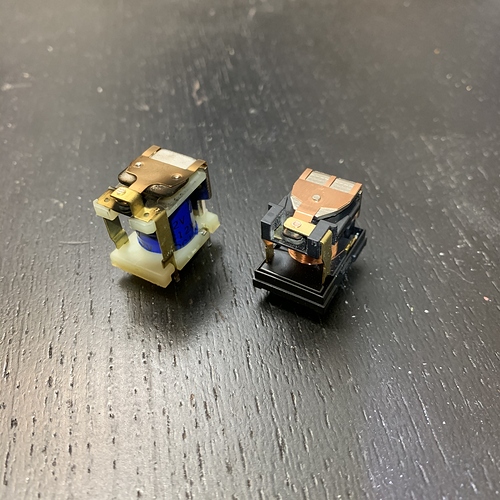 I’ve posted before about working on a solid state design but events of this year have preempted a ton of things for me. Lacking that, I reached a point where I needed to replace some relays yet again. Fearing that at some point the desoldering and resoldering of relays would ruin a pad, I went looking for sockets. Thankfully there are options out there (digikey is where I found these here). 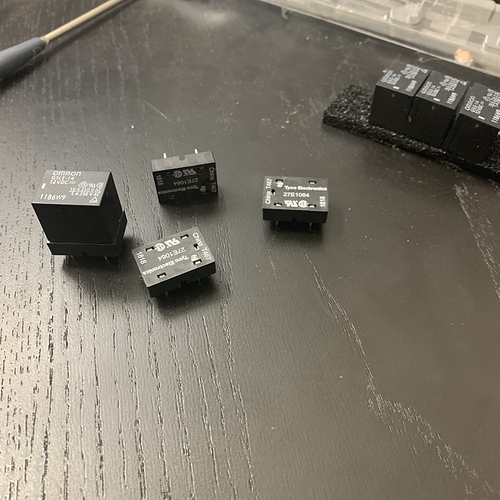 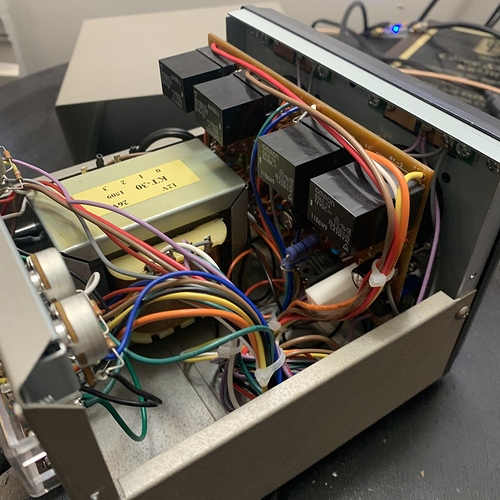 The relays are a very tight fit in those sockets so getting them out will be a bit of a challenge - but I still see this as less of a risk than changing them out with solder for the 4th+ time. Plus, you wouldn’t want a loose fit where the small vibration of the relay shaking it free.

And while I was in there, both AC light bulbs for the meters were burned out and I replaced them with a cool blue LED glow. It does not make the meters anymore visible, just looks cool. 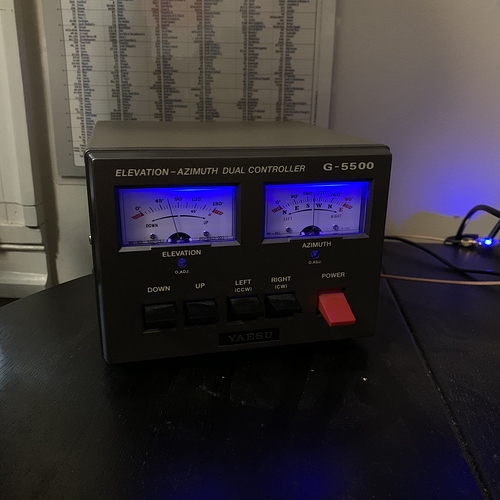 I don’t own one of these but curious.
What Voltage, Current are these relays switching? AC or DC?
Could these relays be replaced by Solid state relays? MOSFETs or Triacs
How about adding some spark suppressing capacitors across the contacts?

I built a rotator with 2 old TV rotators which have 28VAC motors. I used one of the cheap Chinese Triac switching boards.

What Voltage, Current are these relays switching? AC or DC?

They are activating 26 VAC to the motor. I’m not sure exactly on the power draw when doing so but max off of the transformer according to the schematic is 2.8A. The triggering voltage is 12 VDC.

Could these relays be replaced by Solid state relays? MOSFETs or Triacs
How about adding some spark suppressing capacitors across the contacts?

Technically, yes! I have such a setup on a breadboard today - but there’s another thread ongoing about removing the starting caps and driving such a rotor with an h-bridge. Ultimately that has become a project that is pretty low on my list and I keep having to replace relays in the meantime

Hi, My first post here :)…
I had a problem with my own setup in that the elevation rotor was intermittent. It would always rotate upwards but down was troublesome, it would move down, then stop, move again after a few minutes then stop again. I assumed it was the elev rotor itself so got up on the roof (a rather painful process), removed the antennas off it and took it down. After stripping it down I discovered all was well, grease was still there after 3 years, gearbox was fine, motor and clutch were fine. There was a little corrosion inside and I suspected the capacitor was reaching end of life so I replaced that with a new setup posted on Ivo Klinkert’s page ( https://ivok.home.xs4all.nl/pa1ivo/G-5500.html ). I ended up totally ‘refurbishing’ the elev rotor seeing as I had it down and disassembled, new wiring, bearings, all cleaned etc. When I got up on the roof initially, I had the presence of mind to feed the elv rotor control cable back into the attic where I could then pull it into the shack for later testing.
While the rotor was apart I decided to hook it up to the controller for testing, same issue !! In hindsight (a great thing) I should have checked the controller as I discovered that the down elevation connection on the back showed an intermittent voltage when it was powered with it’s switch. Upon opening it up and having a look around, I discovered the DOWN relay, which has a sorta semi transparent, open-able case showed plenty of black deposits inside. I removed and disassembled it and found the contacts to be badly pitted and corroded… making a very bad and unreliable connection. I removed and cleaned out all the relays and lightly sanded the contacts to clean them up and re-fitted them to the pcb. Now they seemed worse, no power at all at the rear connections although I could hear them clicking. I decided to change all 4.
I found a suitable replacement on ebay in the form of a pack of 5 PanasonicJS1-B-12V-F from a vendor in Poland (I’m in Ireland). I didn’t wanna order from China due to suspect quality and delivery time issues. After they arrived I replaced all four relays and on the bench all seems to be working fine, even after prolonged rotation. I haven’t got the rotor back up on the roof yet as I’m waiting for a new UHF yagi in the post.
I’ve learned a valuable lesson… don’t always assume it’s the rotor, the problem might only be two feet away.
I never thought of using relay sockets, I didn’t know they existed but the pcb tracks seem robust enough to allow a de-solder and re-solder every few years if necessary. Funnily enough, when I had the controller apart I also replaced the old bulb setup with LEDs, I used green though.